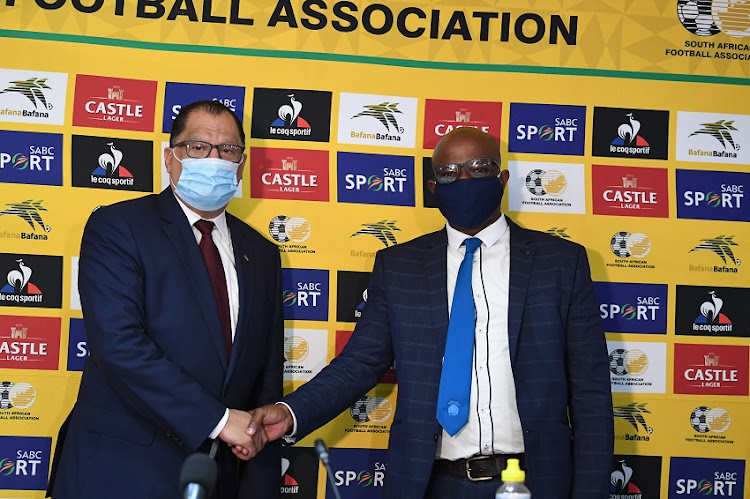 The South African Football Association (Safa) has appointed Tebogo Motlanthe as its chief executive officer on permanent basis on a five-year contract.

Motlanthe had filled the CEO position in an acting capacity since acting predecessor Gay Mokoena resigned on April 15‚ 2020.

The new CEO’s permanent appointment was announced in a press conference at Safa House in Nasrec on Friday by Safa president Danny Jordaan. He said Motlanthe’s confirmation to the position came in a national executive committee (NEC) meeting on Thursday night.

“The major issue for the NEC last night was that in September we announced we had five candidates who applied for the position of CEO of Safa‚” Jordaan said.

“We then appointed three independent professionals. They then first reduced the five to three‚ and then subjected the three to further scrutiny and test and submitted the names of the two‚ and one clearly recommended by the committee to the NEC‚ with further recommendations on the other two.

“I’m happy to announce this morning that the NEC decided on a unanimous basis – and we had 90 percent of the members present – that advocate Tebogo Motlanthe be appointed CEO of the SA Football Association for a period of five years‚ commencing today.

“Of course his immediate task is to continue the financial strengthening of Safa to make sure that in spite of the difficult circumstances‚ our national teams can compete and reach the objective of qualifications. And thirdly is the strengthening of the administration of Safa.”

As acting CEO Motlanthe has overseen streamlining of the organisation‚ and the reversal of a R96-million deficit posted in 2019 to an expected surplus of R60-million for the 2020 financial year. As part of streamlining he has overseen a Section 189 retrenchment process.

“First one would like to thank the leadership of the NEC under your leadership‚ president‚ for showing confidence in me‚” Motlanthe said.

“That confidence will not in any way be betrayed or gone against. One commits to deliver … in terms of what the NEC has mandated‚” Motlanthe said.

“Of course we spoke about the national teams and it’s important that they start performing. We have already started planning for the Bafana [Africa Cup of Nations qualifying] games against Ghana and Sudan.

“ ... And [also to] focus on the financial turnaround. We have attained that because we have reported a surplus. And we need to sustain that – it must not be a once-off thing and then we go back and report a loss.

“We are engaging potential commercial partners and ... soon we’ll call you to announce we have got a partner or two because the talks are very promising.

“ ... And of course the world-class administration. As you know we had started a Section 189 process.

“I have given my word to the NEC that that process will be completed. Because once it is then we would have a very stable organisation.”