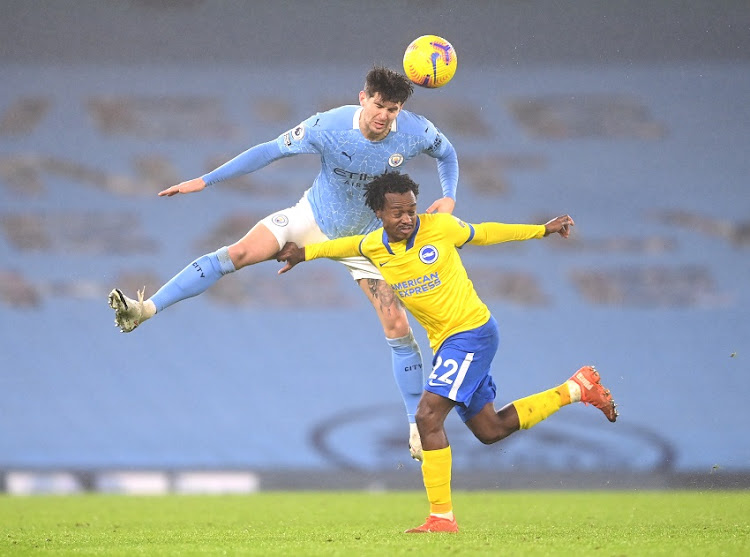 Al Ahly coach Pitso Mosimane has said that Percy Tau did not make it to Brighton and Hove Albion in the English Premier League (EPL) by talent alone‚ but by additional hard work and the correct mentality too.

Tau has been recalled by Brighton from his third loan spell‚ at Anderlecht‚ since signing for the EPL club in 2018 from Mamelodi Sundowns‚ where the attacker won the 2016 Caf Champions League under Mosimane.

Mosimane said he does not regret at the time of Tau opting to sign for Brighton‚ pressing to try to keep the Bafana Bafana styar at the Brazilians for another year‚ as he believes South Africans are at a disadvantage moving to Europe in terms of their development they receive from youth level.

He said such a disadvantage makes Tau’s success in reaching Brighton via three loans in Belgium – where he adjusted to European football and developed his game – more impressive.

“I was saying he should stay one more year‚ and I’m happy I said that‚” Mosimane told an online press conference of the SA Football Journalists’ Association.

“Because SA’s development‚ we are a bit behind in terms of the international programme. The training from 12 to 18 years becomes totally different‚ because if you look at our young boys‚ they beat Europeans at age 12‚ 13.

“Those 12‚ 13-year-olds in Europe‚ you see a succession plan to being senior players. ... [Such programmes] are about the content and who’s teaching that information. But also‚ the dice is loaded for the Europeans.

“ … Even here in Egypt I’m the first black [sub-Saharan African] coach at Ahly in history. I’ve got Argentineans‚ Portuguese‚ big names [to compete against] here.

“But you can’t be coming here to have excuses. So you work‚ survive and prove that South Africans have potential and can survive.

“The same as the players. Look at Percy Tau. We were never sure if he could play at Brighton. Look at him now.

“The boy could have played long [as he went on various loan spells]. It’s just that we undervalue what have in the country.

“Percy had to fight to leave [Sundowns]. I was there. I remember the meeting we had with the president of Sundowns [Patrice Motsepe] and Percy – it was one of the most emotional meetings‚ and I don’t want to go there.

“All I’m saying is that Percy did not play in the Premier League today because he’s Percy Tau‚ because he’s a good player. It’s more than that.

“His lifestyle was different‚ he invested more in football than in having a social life. Training in the morning with Sundowns‚ the afternoon going to do his books‚ upgrading his Grade 12 – without even talking about the degree [a BCom from Unisa].

“Playing Caf Champions League. Training more when everybody was at home. You’ve got to do a bit of extraordinary things to get to where you want to go.

“To go to the Premier League – ask [ex-Everton star Steven] Pienaar‚ it’s the toughest league in the world. If you can play in the EPL‚ for me‚ it’s the best players [who do].”

Mosimane added: “It’s important that at this point in time the Tau family can know now that they are secure. Nobody in that family can say they did not have funds to go to university.”

Tau has had three appearances since Brighton announced his recall on January 8‚ as a substitute in Albion's penalties FA Cup win against Newport‚ starting in a 1-0 EPL defeat away to Manchester City‚ and coming on in their 1-0 away league win against Leeds United on Saturday.

Mosimane was speaking ahead of his team’s departure to the Fifa Club World Cup in Qatar‚ where Ahly meet host club Al-Duhail in the second round on February 4.