'If we play the way we did in the past, I think we can get a couple of goals' 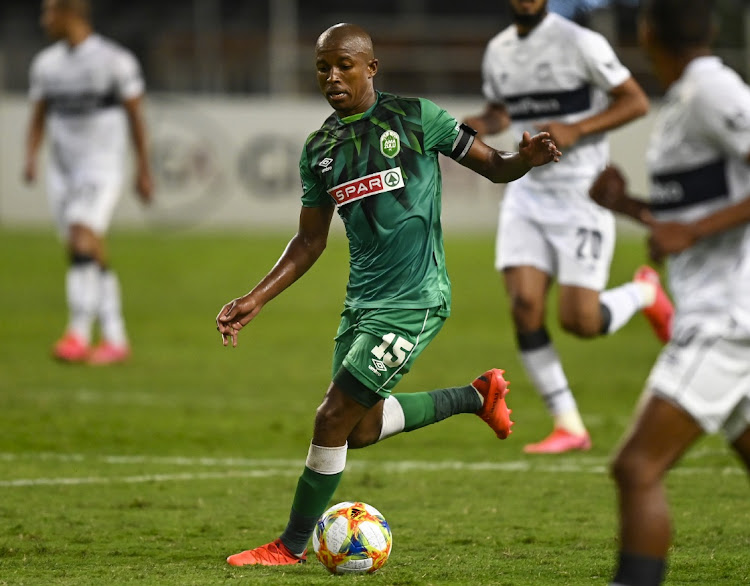 AmaZulu midfielder Luvuyo Memela admitted that they need to start putting away the chances they create if they are to win games.

Usuthu have only found the back of the net once in their last three matches, and that was in the 1-1 draw against Bloemfontein Celtic.

Ahead of their trip to Pretoria, where they will face SuperSport United in the DStv Premiership match at Lucas Moripe Stadium tonight (kick off at 5pm), Memela said it is about time they start scoring more goals.

“We are ready as a team. We know we need to get points, especially three [points], but what is important is that we focus on ourselves and how we played in the previous game, even though we didn’t take our chances,” Memela told the club's media department.

“We need to make sure we convert those chances and try to get maximum points. If we go to SuperSport and you don’t give them respect, you will be punished. We know it is not going to be easy but what’s important is to focus on our game and what we can do.

“If we play the way we did in the past, I think we can get a couple of goals and we might win the game.”

Despite not winning in their last three matches, Usuthu dominated those games but were let down by poor finishing.

The former Orlando Pirates midfielder feels they will be better tonight against SuperSport and will start converting their chances.

“What is important is we, as players, we need to do our best to show our fans that we want to win the game, and we want to improve every game to stay consistent with our performances individually and as a team,” Memela said.

“We know our fans are expecting a lot from us and we will do our best to make them happy. The games we played we dominated, it's just that we’ve not been clinical enough in front of goals.”

AmaZulu coach Benni McCarthy feels it is just a matter of time before his side turn the corner and start converting the opportunities they are ...
Sport
1 year ago

The Premier Soccer League’s decision to issue the December/January coach of the month gong to Swallows’ Brandon Truter has once again set tongues ...
Sport
1 year ago
Next Article