'He is the target man we've always wanted' 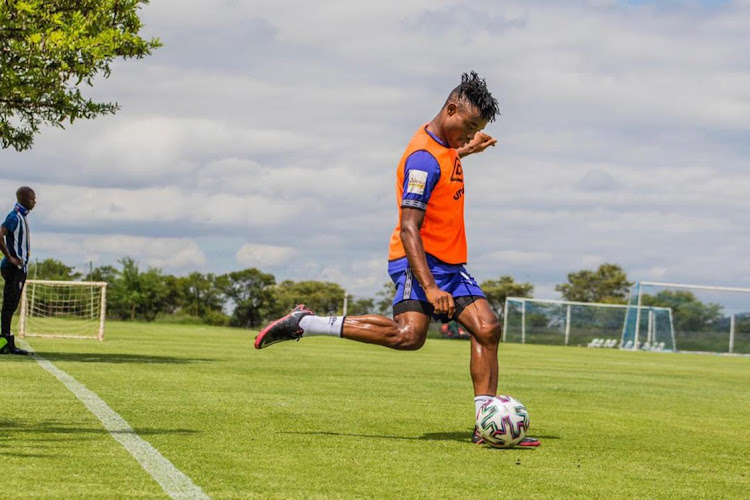 Despite losing 2-1 to struggling Cape Town Spurs at home at the weekend, JDR remain second on the GladAfrica Championship log, level on 15 points with leaders Sekhukhune United, who boast a better goal difference, with third-placed Jomo Cosmos also on the same number of points.

JDR gave a good account of themselves last season, their maiden season in the first division, by finishing seventh. Masisi, who’s also an attorney, has set his sights on ascending to the top flight this time around, feeling they can do it.

“I am positive we can win promotion. I believe we have what it takes to challenge for it. NFD [now known as the GladAfrica Championship] isn’t the league to be comfortable, so we are going all out to win the title. We know we’re not alone, so it won’t be easy but we’re ready to fight,’’ Masisi told Sowetan yesterday.

“Football is in my blood. I want to be at the highest level, which is the top flight. The desire of wanting to play in the big league is what keeps the team working hard. Finishing seventh last season was also very motivating.’’

With the PSL transfer window already opened, the Tshwane outfit have secured the services of highly rated Somlaga. Masisi trusts the 22-year-old centre-forward can play a telling role in their push for promotion.

“The transfer window is exciting. I have got a player that I signed from Panthere Sportive in Cameroon. He’s a top, top striker. I believe he will help us in our bid to be promoted. He is the target man we've always wanted,’’ said Masisi of Somlaga.

“We’re registering him this week. Fifa should give him his international clearance soon because they’d refused to issue it in the previous transfer window as we requested it late. He’s acclimatised ... he’s been here for two months now.”

They may not have lost in their previous four matches, but Stellenbosch coach Steve Barker wants his players to turn their draws into victories, ...
Sport
1 year ago

Mamelodi Sundowns will begin the defence of the Nedbank Cup at home against Stellenbosch FC while last season’s losing finalists Bloemfontein Celtic ...
Sport
1 year ago
Next Article