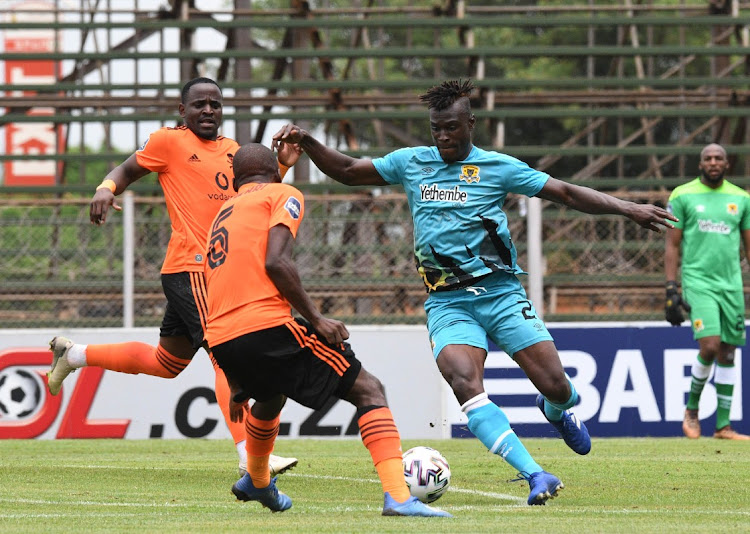 Lidoda Duvha stunned the Soweto giants 2-0 at Thohoyandou Stadium at the weekend to record their second league win of the season. But the Ghanaian footballer, who won the man-of-the-match award against his former team, said they did it for their chairman.

Gyimah said the players understand what the chairman is going through as they dedicated the win to him. Thidiela watched the game from the stands, and he had a broad smile as his boys made him proud on the day.

Lidoda Duvha are now hoping to make it back-to-back home wins when they play against Cape Town City at the same venue tomorrow at 5pm.

An own goal by Innocent Maela and a strike by Rodrick Kabwe helped the Limpopo-based side win a league game against Pirates for the first time in 19 matches. "We played as a unit and deserved to win. We had a meeting with the chairman on Saturday and understood what he wanted us to do. We all know that he is going through a difficult time, and we dedicate this win to the chairman. I think that the win made him happy," said Gyimah.

The 29-year-old said he is hoping that the win is the beginning of good things to come for the Venda-based outfit. " Even the games that we lost, we have been playing well. We were committing small mistakes, but we have a lot of quality in the team and we hope that we will turn the corner and start to win games.

"The team is improving, and we hope to register another win in the next game. We want to make the chairman proud. We have the players that can produce results here," said a jubilant Gyimah.

The well-travelled defender said he has nothing against his former team Pirates, but he was determined to help Leopards to collect the three points. "I have a contract with Leopards, and I wanted to make sure that we win the game. I have nothing against my former team. I enjoyed the game and would have done anything to make sure that we win this one."

Orlando Pirates’ inconsistency remains their Achilles heel after they dished out a disjointed performance that saw them crash to lowly Black Leopards ...
Sport
5 months ago

Orlando Pirates have a short and tricky turnaround time to lick their wounds following their defeat to Black Leopards and prepare for combat at home ...
Sport
5 months ago
Next Article