It's turn of Limpopo side to profit from own goal

Bucs' title challenge in tatters after mauling at Lidod Duvha 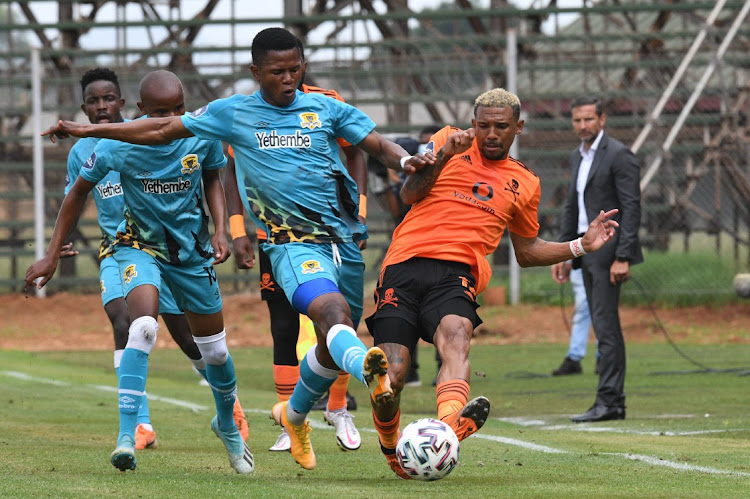 Leopards exposed Pirates’ defensive frailties with a comprehensive 2-0 victory at Thohoyandou Stadium in Venda yesterday. An own goal by Innocent Maela and Rodrick Kabwe’s strike sealed the three points for Lidoda Duvha. It was Leopards’ first win at home since November , and their first over Pirates in 19 games in the league.

The crucial win moved the Limpopo-based side from the bottom of the table to 14th place, while Bucs remained on fifth place. Leopards were full value for their win.

Fresh from hammering Tshakhuma Tsha Madzivhandila 3-0 during the week on the same pitch, the Buccaneers were hoping to complete the double over the Venda teams in the same week. They turned their attention to the struggling Leopards, and they went into the game as favourites, but they were awful on the day and deserved to lose the game.

It took an own goal in stoppage time by Thabiso Mokoena for Bucs to clinch a 1-0 win in February in their previous meeting against Lidoda Duvha in Venda. But this time it was Lidoda Duvha’s turn to benefit from an own goal as Bucs defender Maela headed a well-taken corner by Kabwe into his own net at the half-hour mark in the first half.

Initially, Maela had headed the ball against the post to concede the corner. He put the ball past goalkeeper Wayne Sandilands from the resultant corner.

Kabwe turned from a provider to a scorer as he fired in his second league goal of the season from a classic counterattack to put the home side in the driving seat going into the halftime break.

Lidoda Duvha could have added more goals in the second half as Pirates, desperate to get back into the game, threw bodies forward. This left gaps at the back which meant keeper Wayne Sandilands was always exposed, but to his credit, the veteran kept his composure to thwart the hosts.

Pirates now turn their attention to Golden Arrows, one of three unbeaten sides in the Premiership, on Wednesday, while Leopards face Cape Town City.

Elsewhere, AmaZulu and Maritzburg United played to a 0-0 draw in another match yesterday.

Orlando Pirates’ inconsistency remains their Achilles heel after they dished out a disjointed performance that saw them crash to lowly Black Leopards ...
Sport
9 months ago
Next Article