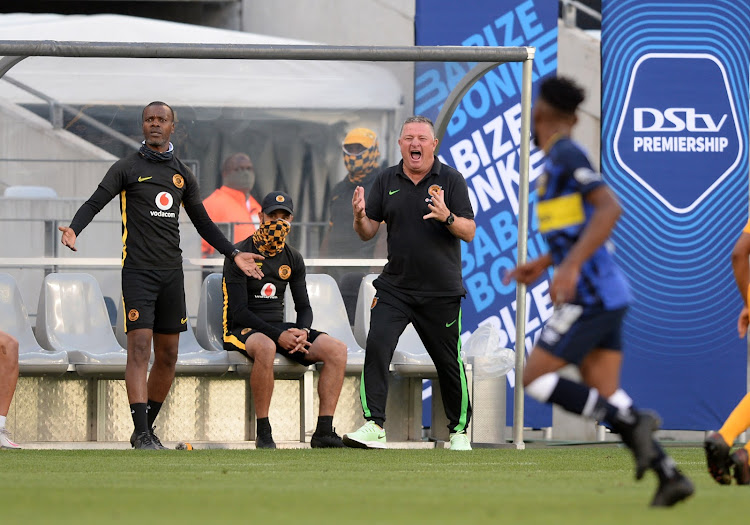 Kaizer Chiefs coach Gavin Hunt said once his team had their two early goals against Cape Town City, given their programme, and tiring players, they had to sit back and defend their lead.

Hunt admitted Chiefs’ game management could have been better in the second half of their 2-1 DStv Premiership win at Cape Town Stadium on Saturday when City threw everything at Amakhosi, had a penalty turned down and struck the post, and could only produce Fagrie Lakay’s 83rd-minute strike.

City might have had the greater number of chances.

But in the first half Chiefs opened the Citizens with two lightning moves of precision and simplicity allowing young guns Nkosingiphile Ngcobo (7th minute) and Happy Mashiane (18th) to give them a quick-fire lead.

City’s chances in the first half were mostly limited to half-chances.

In the second half, Chiefs rode their luck.

Hunt, though, would also have been pleased at the grit they displayed holding off the Citizens to earn a second successive victory after their 1-0 win against AmaZulu in Durban on Wednesday to move from just above the relegation zone to eighth place in a week.

“You can see we are playing every two, three days, and they haven’t — so it was difficult.

“So once we got the two goals we had to dig in and give one of those performances,” Hunt said afterwards.

“It wasn’t pretty to watch, but you know, if you look at the league table where we were at the bottom [14th last weekend], and people say lots of things.

“So now we are where we are and we’ve just got to keep going and try to get as many points as we can.

“We got a foothold in the game nice and early with two goals, which obviously does help, especially away from home.

“I came here last year [with Bidvest Wits], I lost 2-1 and it was exactly the other way round, where we camped in their half and tried to score and couldn’t.

“So it happens like that. And when you are playing every two, three days your legs go, and you could see it.

“In the last three weeks we’ve been to Angola, Cameroon, playing up and down — and we’re playing again on Tuesday.

“We’re playing every three days, we’re playing Tuesday again, so it’s crazy. We just try and get over this, try and see what we’ve got and we’ll go again on Tuesday.”

Asked if he felt City might equalise, Hunt said: “It only takes a moment in any game for a team to score.

“I thought if we had played it properly, which we didn’t do ... But you could see, we played on Wednesday, and travelled, and played in that heat on Wednesday.

“So we didn’t have the energy to go up the field again, and then when we did we gave it away.

“Sure they were coming at us, sure they had chances. But it’s a game. The way we started [the season] we’ve had chances to win games, and we didn’t.

“We’ve got to be more consistent, and that’s what we’re trying to look for.”