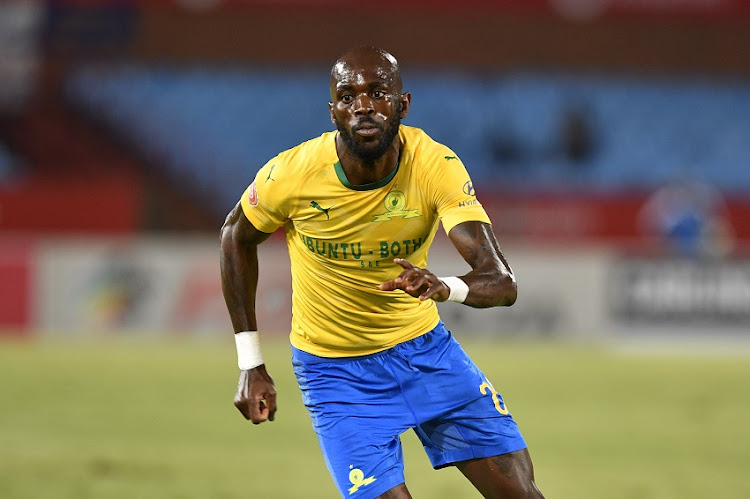 Laffor said he had other clubs he was talking to‚ but that conversations with Malesela and Mpengesi helped convince him to sign in with the Eastern Cape’s only Premier League team on Friday.

The 35-year-old Liberian – one of the great entertainers in South African football when on form for more than a decade‚ where mercurial Laffor has been capable of being a destructive match-winner‚ or infuriatingly anonymous – had been out of contract at Sundowns since November.

He joins Chippa along with 25-year-old ex-SA Under-23 international Ayabulela Konqobe‚ who returns to the club he left in July 2018 having also been out of contract.

“First of all I would like to say a very big thank you to the coach and the president of Chippa for giving me this opportunity‚” Laffor said‚ as he travelled with their squad to Nelspruit‚ where he is available for Chippa’s DStv Premiership match against TS Galaxy at Mbombela Stadium on Saturday.

“It wasn’t difficult because after I spoke to the coach‚ and the president‚ I knew that Chippa was where I was supposed to be. Because I had other clubs that I was talking to but I chose Chippa United because I believe Chippa is the best place for me to be.

“I think that I will fit in very well. I’ve spent two‚ three days with the team already.

“So I just need to leave that with the coaches. They need to make the decision on that [if Laffor plays]. For me I’m here to work for my place.

“But I’m happy to be part of this team. The guys here are very friendly‚ very professional and very responsible.

“So I can see that there is light at the end of the tunnel. I’m happy to be here and I’m going to do everything possible to help Chippa be where they are supposed to be.”

Laffor began his career in the PSL with Jomo Cosmos in 2008‚ and was a 2016 Caf Champions League winner at Sundowns. He is highly decorated in SA football‚ having won two league titles with SuperSport United and five more at Downs.

Konqobe was released by Ekenäs IF at the beginning of this month having played 22 times in the Finnish second-tier in the past year.