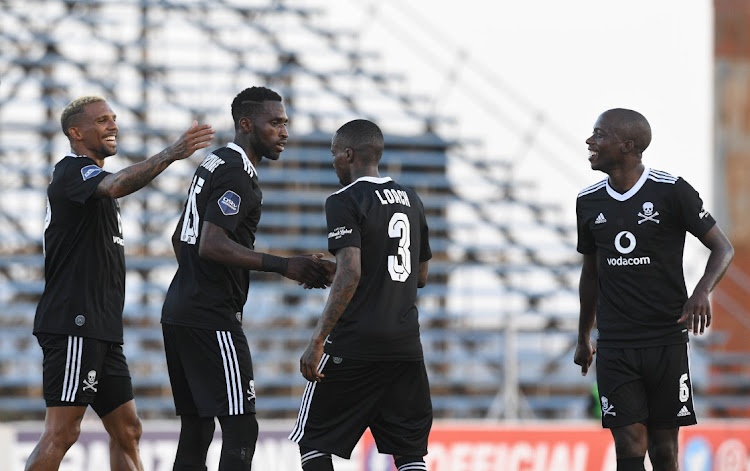 Orlando Pirates coach Josef Zinnbauer   is concerned that his players could not bury a string of opportunities during their 3-0 victory over Tshakhuma Tsha Madzivhandila (TTM) at Thohoyandou Stadium on Wednesday.

Pirates had the opportunity to win with a huge margin against the out of sorts TTM side, but failed to take advantage.

That irked Zinnbauer as he felt they should have done better than winning 3-0 and he has urged his players to learn to kill off games in the future.

“It is good for us. This was the reason for the starting line-up. We wanted to play more offensive,” Zinnbauer told the club media department.

“I’m happy Gaba [Gabadinho Mhango] scored, maybe for himself confidence will come back.

“Fortune [Makaringe] also scored. It is good for us when an offensive midfielder is very flexible.

“Strikers must get self-confidence, but on the other side, we had a lot of chances in the first and second half. We have to be able to score more goals, and this is the point we’ve discussed.

“I know we had the game in our hands, we dominated, and we led the game, but what disappoints me as a coach is that when you have the possibilities to score, you have to do that.

“Last 20 minutes, we were in deeper and deeper, and we got a lot of counter-attacks, but then we have to score.”

Zinnbauer said he hoped his side will improve and score more goals when they visit Black Leopards on Sunday at the same venue as they look to build on their victory.

“My feeling today is that we were not hungry [to score more]. We were leading 2-0 and 3-0, but we went back, and we played casually.

“That’s the thing we’ve to work on. We need to be more offensive. We had a lot of counter-attacks, but we were too casual.”

The German mentor is also putting his hopes on Mhango to continue scoring again after breaking his duck.

“Gaba, in the first weeks of the season, he was injured and then it is not so easy to come back, and the team was good, [Zakhele] Lepasa and Tshegofatso [Mabasa] they scored always, and it was not easy for the striker to come back in.”

Orlando Pirates were clinical without having to raise much of a sweat dispatching of a disjointed Tshakuma Tsha Madzivhandila 3-0 in Wednesday ...
Sport
1 year ago

Orlando Pirates coach Josef Zinnbauer made excuses for his team’s failure to pick up the three points in the Soweto derby against Swallows.
Sport
1 year ago
Next Article