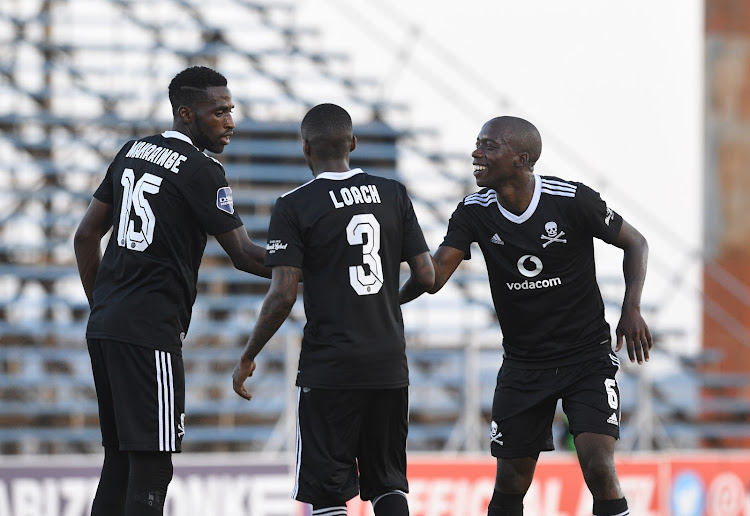 Orlando Pirates coach Josef Zinnbauer’s big positive he took from his team’s 3-0 DStv Premiership win against Tshakhuma Tsha Madzivhandila on Wednesday was that three crucial players got on the scoresheet.

Gabadinho Mhango returned to the scoresheet having battled with form in the opening part of the season for his second league goal at Thohoyandou Stadium. Midfielder Fortune Makaringe‚ who also began the season looking out of sorts‚ is gaining in confidence and also added his second PSL goal.

Forward Deon Hotto‚ whose only other goal this season came in the MTN8 final win against Bloemfontein Celtic‚ notched his first league strike of the season.

The goals from all parts of the field for Bucs suggest that‚ while the fourth-placed title contenders are yet to hit full flow‚ a juggernaut packed with quality signings are beginning to pick up steam ahead of a second meeting at Thohoyandou Stadium against Black Leopards on Sunday.

“It’s good for us. This was the reason for the starting line-up – we wanted to play a little bit more offence‚” Zinnbauer said.

“And I’m happy that ‘Gaba’ [Mhango] scored‚ because maybe for himself some confidence can come back.

“And Fortune also [scoring] – Fortune also [playing] as an offensive midfielder. He’s very flexible‚ and he scored‚ and that’s good for us.

“And Hotto also as a striker or as a winger. And that’s also important for us that the strikers get more confidence and score.

“But on the other side we had a lot of chances in both halves‚ and we could have scored more goals‚ and this is the point that we discussed.

“I know we had the game in control‚ we dominated and led the game. But then for me as a coach when you have the possibilities to score you have to score.”

Mhango‚ the PSL’s joint-top scorer with Peter Shalulile on 16 goals last season‚ has largely come off the bench in 2020-21. Zinnbauer was asked if getting a start and scoring meant the Malawian will more opportunities in the opening XI.

“Yes‚ but Gaba you know was injured in the first weeks of the season‚ and then it’s not so easy to come back‚” the coach said.

“And the team were in‚ they were good. [Tshegofatso] Mabasa and [Zakhele] Lepasa always scored or provided assists‚ and it’s not so easy for a striker – you cannot get in.

“And now he’s coming closer and closer – we feel it in the training sessions and in the games. He’s closer‚ and he smelled his chance. And I hope he comes back – we need him.

“But we also have other strikers like ‘Dzvuku’ [Terrence Dzvukamanja] and Jean-Marc [Makusu]‚ and that’s good for us and the squad.”

Bucs will be out for three more points against bottom-placed Leopards‚ where coach Dylan Kerr won his first game after replacing Patrick Aussems‚ 1-0 at home against Maritzburg United on November 21‚ and has since lost two and drawn three.