Daniels sees no reason to hype the derby, its just another opportunity for the team to do their best 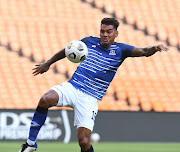 Maritzburg United defender Clayton Daniels views their KwaZulu-Natal derby clash against AmaZulu as any other game.

Going into this derby, the Team of Choice are riding high as they managed to earn a morale boosting 2-0 win away to Chiefs in their last outing the previous weekend, thanks to perennial Amakhosi slayer Judas Moseamedi’s brace.

Maritzburg’s victory at Amakhosi was their second in a row, having beaten Bloemfontein Celtic 2-1 seven days earlier. Daniels sees no reason to hype the derby, insisting games are the same.

“We haven’t thought too much about all these things like to say ‘oh it’s a derby’ and that [if we win] we’ll make it third win in a row. We really don’t need to put those kind of things in our minds. It’s just another game, like any other,’’ said Daniels.

Meanwhile, Usuthu tactician Benni McCarthy reflected on their defeat to Chiefs, feeling their only undoing was missing opportunities. McCarthy has demanded his charges to be clinical going forward.

“I am disappointed because it was a tremendous opportunity for us to walk away with three points. Chiefs are not in a good way but they are a giant, so when you play giants, whether they’re in top form or not, you play the way we did but you have to be clinical,’’ stated McCarthy.

“We have to continue to work because there are so many positives…the confidence, the way we move the ball. We must just convert our chances.’’