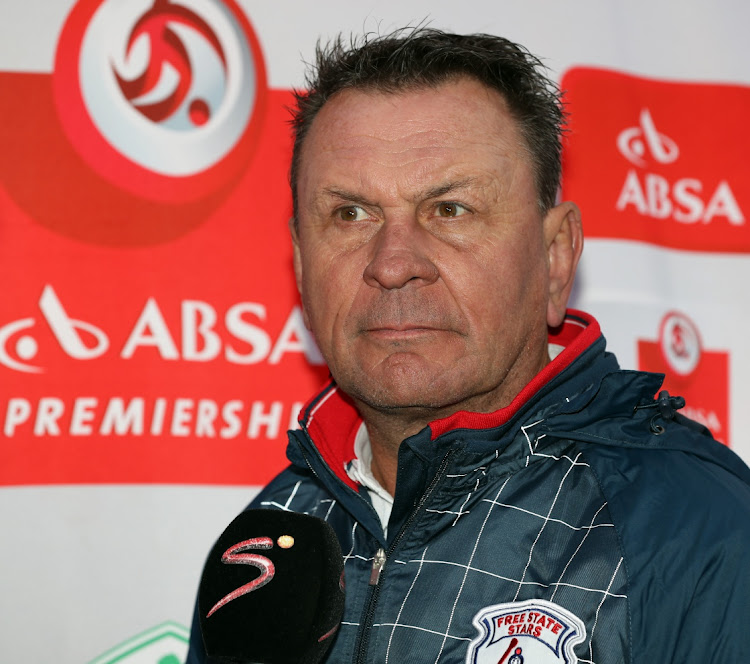 As much as he trusts his experience will help GladAfrica Championship rookies Pretoria Callies stave off relegation, coach Sammy Troughton has urged everyone at the club to play their role and realise the club are no longer in the ABC Motsepe League.

Callies, who earned a slot in the second tier via finishing as runners-up to Bizana Pondo Chiefs in the Motsepe League national play-offs last November, have found the going difficult in the GladAfrica, winning just one of their seven games so far, with three defeats and three draws.

“My knowledge of this league is very important to the team. I’ve helped teams gain promotion… helped teams get to the play-offs and I've also saved teams from relegation. I believe I am capable of using my experience again to help Callies stay up,’’ Troughton told Sowetan yesterday.

“But it’s not just about me. It must be a club’s collective task. We must all have the same vision. We can’t be here to make up numbers. Everyone here must start thinking like a professional…from our drivers to my technical team and management we must all realise we’re no longer in the semi-professional league.’’

The chatty coach, who previously mentored the likes of Black Aces, Thanda Royal Zulu, Stellenbosch and Uthongathi, emphasised his stance that saving the team wasn’t solely his task.

“In the NFD you have to know what you are doing in order to survive. Everyone around the club must really step up a gear. We need each other to make sure we remain in this league come end of the season.’’

The 56-year-old Troughton has attributed their rather lacklustre start to the season to lack of creativity in the team. The Callies mentor feels his experienced troops are yet to come to the party.

“Some of our players are still trying to find their feet, but we signed players who played in this league before, so you can say some of them haven’t stepped up to the plate yet, hence we struggle.’’

GladAfrica fixtures (all at 3.30pm)

Makhubedu has plan to turn around ambitious Sekhukhune

Sekhukhune United coach MacDonald Makhubedu has pledged to hit the ground running in his new job as head of the ambitious GladAfrica Championship ...
Sport
1 year ago

GladAfrica Championship side Sekhukhune United on Monday morning announced that they have recruited MacDonald Makhubedu as their new head coach.
Sport
1 year ago
Next Article