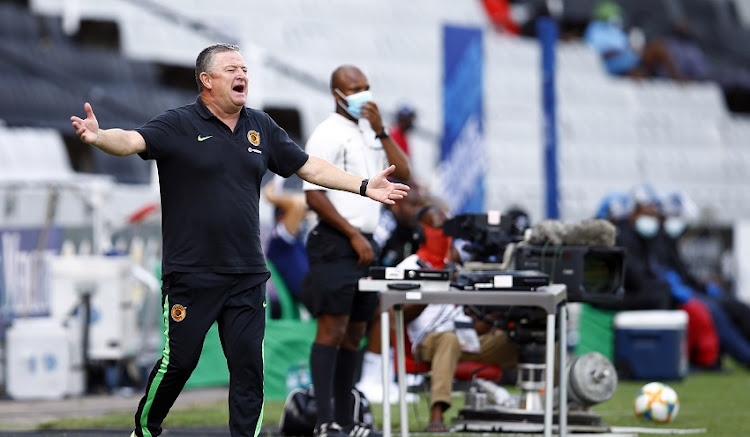 After they registered their second DStv Premiership win of the season against AmaZulu in Durban on Wednesday‚ Kaizer Chiefs coach Gavin Hunt highlighted the importance of striker Samir Nurkovic.

Nurkovic‚ who was started in his first domestic match for Amakhosi this season following a long injury lay-off‚ scored the all-important goal that took Chiefs out of the relegation zone and eased pressure on Hunt.

Chiefs went into match against AmaZulu sitting dangerously third-from bottom but the 1-0 win has moved them four places up to 10th spot. They still have a lot of work to do to revive their campaign.

“I said it from the start that if you get a guy like Samir playing in the team every week‚ it’s like what happened last year where he played in all those first 10 games of the season and he was brilliant scoring all those goals‚” said Hunt‚ who has not been able to make additions to the squad as Chiefs are banned by Fifa from signing players.

“He had half a chance and scored but we had some great chances in the game. Right now for us‚ any win is a big. I mean we should have won a few more games already this season and the points table doesn’t lie because we have been poor defensively.”

Asked to reflect on the much-needed win over AmaZulu‚ who pushed Chiefs all the way to the final whistle looking for the equaliser‚ Hunt said his side tried to nullify their wide players.

“We worked on a particular shape before we came here to try and nullify them because they have good players and they have invested heavily up-front. I knew that their wide players are dangerous but I thought in the first half they got behind us maybe once or twice and we had some really good chances. I thought Samir was fantastic‚” Hunt said.

Chiefs return to league action on Saturday when they visit Cape Town City in the Mother City and Hunt will be looking for more of the same as they aim to work their way into the top eight.