Matsimela may not survive if Birds beat Baroka 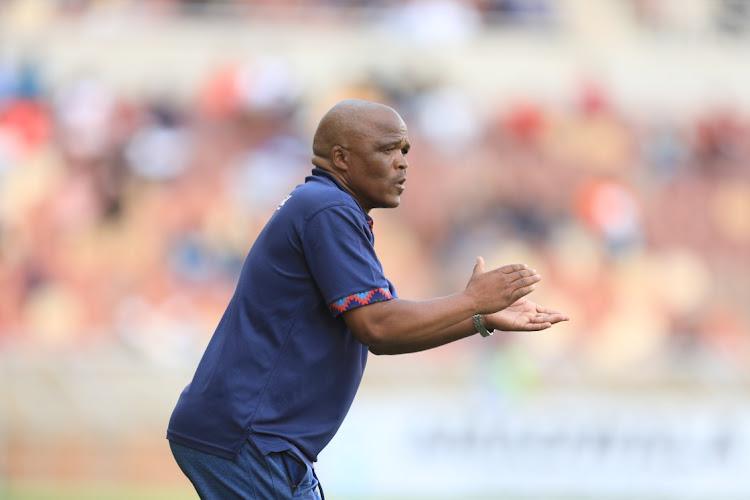 Baroka coach Thoka Matsimela could be in the firing line after the Limpopo side's performance in their DStv Premiership campaign dipped significantly in recent weeks, losing three of their last four matches and drawing one.

Insiders say another defeat in the next league game against Swallows on Saturday at Peter Mokaba Stadium (5pm) could result in Matsimela being sacked.

Swallows are unbeaten in second place with 24 points.

Matsimela said he takes responsibility for the team’s poor run of form.

“I cannot guarantee my safety unless we turn the corner. When the team wins, it is the players who take credit and when we lose, it is the coach’s fault. I am under pressure and I accept responsibility for our poor form,” said Matsimela.

Club CEO  Richard Mashabane said the coach’s job was safe for now but he also pointed out that football was results-driven.

“The coach's job is safe for the time being. He has the support of the chairman, Khurishi Mphahlele. We hope he will get it right in the next game,” said Mashabane.

Bakgaga conceded five goals and scored once in their last two home games. They lost at home against Tshwane sides SuperSport United (3-1) and Mamelodi Sundowns (2-0). They defeated Chippa United at home on December 6. But Mashabane said they wanted to become the first team to beat Swallows this season.

Swallows displayed their fighting spirit in their 1-1 draw against Orlando Pirates in the Soweto derby in their previous game and they go into Saturday's game as the favourites.

When asked what would happen to the coach if results did not go their way, Mashabane said they would cross that bridge when they got to it.

“Swallows may be unbeaten but we will beat them at the weekend. Things are not going well for us at the moment but we are not panicking. Let’s leave the coach to do his job and we will see what happens after the game,” said Mashabane.

With Swallows flying high in the DStv Premiership, one of their important players, Tlakusani Mthethwa, has warned that the best is yet to come from ...
Sport
1 year ago

Swallows FC coach Brandon Truter has said that the desire by most of his players to prove the doubting Thomases wrong has led to their highly ...
Sport
1 year ago
Next Article