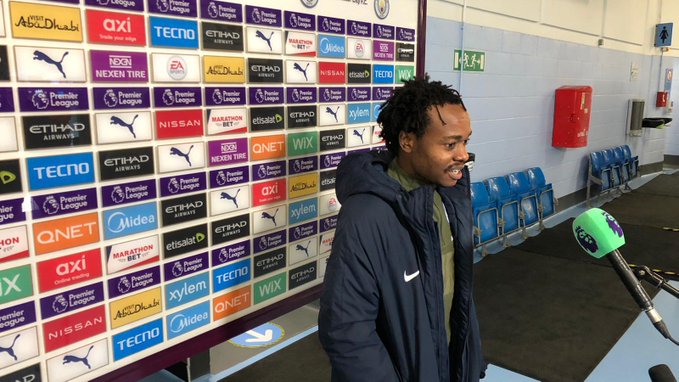 Percy Tau’s Premier League debut‚ starting in Brighton and Hove Albion’s 1-0 defeat to Manchester City on Wednesday night and showing flashes of his skill and pace‚ has attracted praise from his new club.

Manager Graham Potter was disappointed Albion could not get something from the game at Etihad Stadium – even though City’s Raheem Sterling lifted a penalty over the bar in injury time – but felt the performance was encouraging for Brighton.

Potter acknowledged that Tau had shown flashes of his ability to take on defenders‚ though said it was difficult for the Bafana Bafana star to display more of his attacking ability given he‚ like most of the Brighton players‚ had to spend much of the game defending.

Graham Potter believes his players gave everything in the 1-0 defeat to Manchester City.

“I think you got glimpses. Again it’s a tough game for a forward because you end up spending a lot of the game defending‚ because you have to defend as a team‚” Potter said.

“So that takes away a bit of the attacking quality that he has. But at the same time I thought there were glimpses of what he can do. And he’ll get better the longer he’s with us.

“He’s not been with us more than a week yet. So he’s got plenty of time‚ and we need to help him.”

Tau had made his club debut as a substitute in Sunday’s penalties FA Cup win away against Newport County.

Brighton lost 4-0 and 5-0 to City last season. Potter said a 1-0 defeat away against Pep Guardiola’s in-form EPL champions of 2018 and 2019‚ who won their seventh game in a row‚ was encouraging for the struggling Seagulls.

“We’re disappointed to come away with nothing. We met a top team. But I’m so proud and happy with the players. They gave everything‚” Albion’s manager said.

“You have to suffer here‚ that’s how it is. But at the same time I thought we were aggressive as well‚ and tried attack. But always you’re on the stretch because they’ve got such wonderful players.

“ ... I said to the players‚ I really enjoyed the spirit and the performance. I said‚ ‘You had a go at a top team’.

“We were organised‚ we had an idea what we are trying to do. You’re tested incredibly against the opposition‚ but there was a lot to be proud of.”

City‚ who had a slow start to the season‚ moved up to third place from the win‚ four points behind leaders Manchester United with a game in hand. Brighton remained in 17th.