Sundowns' Nascimento: Solid partnership with Onyango will just get better 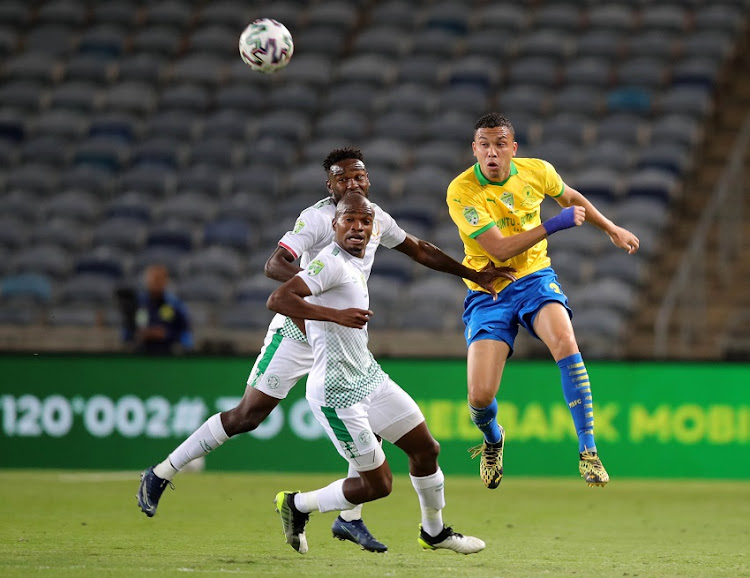 Mamelodi Sundowns defender Ricardo Nascimento has credited their impressive defensive performance in the DStv Premiership this season to collective effort.

After 10 matches the table-topping Brazilians boast the best defensive record in the league with only five goals conceded and they are followed closely by second-placed Swallows FC‚ who have let in six.

More impressively‚ Sundowns have managed to keep seven clean sheets in their 10 matches and that has helped them open up a two-point gap at the top of the pile.

“I think we have players who help in marking without the ball and that makes things easier for the defenders. At the end of the day‚ it is a team collective to defend and we have been doing that and it is our mission to make sure we continue‚” said Nascimento‚ who is part of the leadership group at Chloorkop.

This season the Brazilian has formed a solid central defensive partnership with Kenyan international Brian Onyango‚ which he said will continue to improve as the season gains momentum.

“With each game that passes our relationship gets better – he is a player with great potential‚” Nascimento said about Onyango who has seamlessly slotted into the Sundowns defence ahead of Soumahoro Bangaly and injured Mosa Lebusa.

Like most teams in the league‚ January is busy for the Brazilians as they have already beaten Orlando Pirates and Baroka but they still have SuperSport United‚ Bloemfontein Celtic‚ Swallows‚ Black Leopards and Chippa United to play.

“With every game that passes‚ I feel that the team is more confident‚ the victories bring confidence and for us‚ it is to go out there and play well for the club and the supporters who are at home and can’t be at the stadium.”

Next on their menu is the Tshwane derby against SuperSport United at Lucas Moripe Stadium on Saturday where co-coaches Manqiba Mngqithi‚ Steve Komphela and Rulani Mokwena will be looking for three more points.