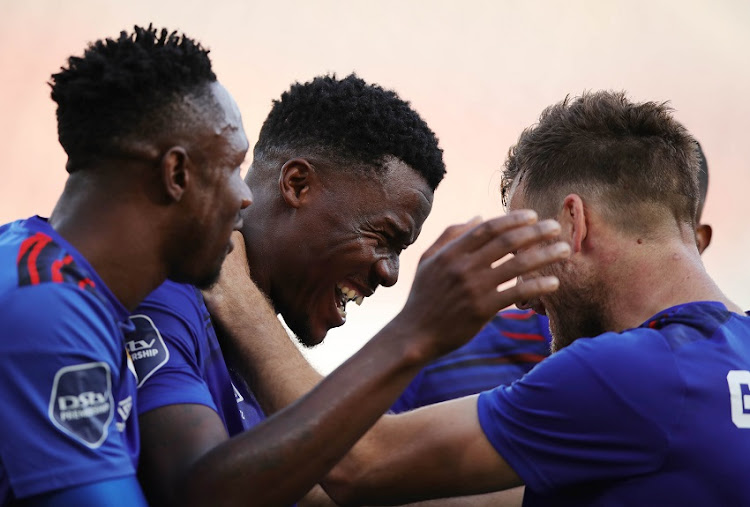 SuperSport United captain Ronwen Williams has called on his teammates to stand-up and be counted as they continue with the busy schedule through January‚ where they have seven games.

Their hectic schedule continues on Wednesday afternoon when they welcome Celtic at Lucas Mopripe Stadium in Atteridgeville where Matsatsantsa will be looking to maintain their third spot on the DStv Premiership standings.

“It is going to be a tough month for us with seven games‚ but we have started well with a draw against Chippa United and a good win against TS Galaxy‚ which was a wonderful feeling‚”’ he said.

“For us to be playing every third day is what we want to do – we just want to get out there and play.

“We are coming off a wonderful result against TS Galaxy where we got three points‚ scored three goals and did not concede away from home. The main thing was a clean sheet because we pride ourselves in our defending‚ and we have conceded some sloppy goals.

“It was wonderful to get a clean sheet again‚ not for myself but for the team because we work so hard defensively.

“I am also happy for the strikers Thamsanqa Gabuza and Bradley Grobler because they have been working very hard. It’s very good for us to have top strikers firing but the main thing is keeping this momentum because things can change easily in football.”

Williams is expecting a tough game from Celtic who have dropped five points in their last three matches where they lost to Maritzburg United and drew with Kaizer Chiefs and AmaZulu.

“The upcoming game is not going got be easy because Celtic have taken lot of points from us in the past and they are a very tricky side to pay against‚” said the Bafana Bafana goalkeeper.

“They have a good balance of experience and youth and they have upset us in the past. But it’s our home game and we just have to believe that we can beat them‚ because they are beatable and we have seen them drop points recently.”

Celtic will be looking for their first win after three league matches.