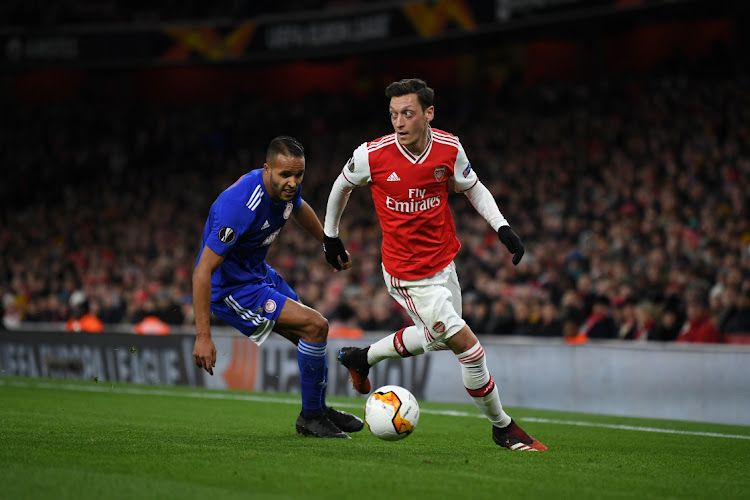 London - Arsenal midfielder Mesut Ozil has been frozen out of the team since March last year but the German playmaker said he has no regrets about joining the Premier League side.

The 32-year-old, who is under contract until June, was not included in the club's Premier and Europa League squads for the 2020-21 season.

Reports in British media say Ozil could move from the London club in January and manager Mikel Arteta has said he would be allowed to leave if they received a good offer.

"There have been many ups and downs so far, but all in all I've never regretted my decision to join Arsenal," Ozil said during a question and answer session with fans on Twitter.

"And, to be honest, the last couple of games before the coronavirus break in February and March 2020 made really a lot (of) fun. But after the break things unfortunately changed."

Since joining from Real Madrid in 2013, Ozil has scored 44 goals in 254 matches in all competitions.

Ozil is free to negotiate with other clubs this month and local media has reported he has held talks with Turkish club Fenerbahce and American side DC United.

"Fenerbahce is like Real Madrid in Spain. The biggest club in the country," Ozil added.

"Every German-Turkish person supports a Turkish team when they grow up in Germany. And mine was Fenerbahce.

"There are two countries I want to play football in before I retire: Turkey and USA. If I went to Turkey, I could only go to Fenerbahce."

Former Arsenal midfielder Freddie Ljungberg has questioned the club's decision to freeze out Mesut Ozil from their Premier League squad and says ...
Sport
1 year ago
Next Article