Kaizer Chiefs take a step out of the woods edging AmaZulu 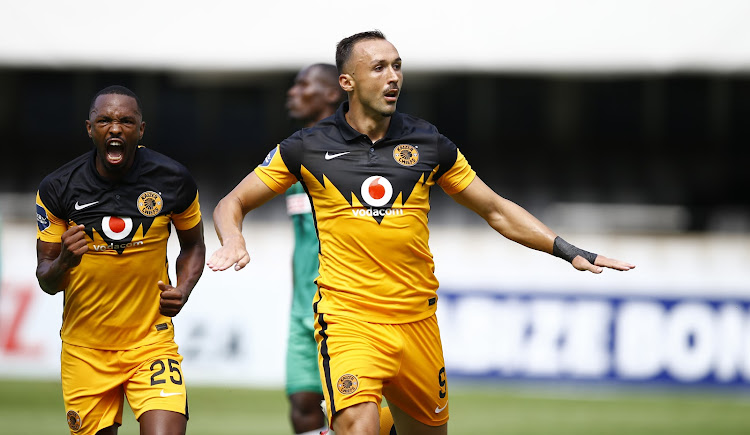 Samir Nurkovic (R) celebrates with Bernard Parker after scoring the only goal of the match that handed Kaizer Chiefs their second win of the season.
Image: Steve Haag/BackpagePix

Maybe Kaizer Chiefs have finally found a way out of the woods.

This hard-fought 1-0 DStv Premiership win over AmaZulu at Kings Park in Durban on Wednesday afternoon was hardly impressive but it dragged them away from the relegation zone.

With this second victory‚ which came after 10 league matches‚ Chiefs have moved from third from the bottom to the middle of the table with 10 points and it also eases pressure on coach Gavin Hunt.

This result also means that Chiefs have registered their first domestic win since October 27 when they beat Chippa United 1-0 in the league in a run that lasted for nine matches.

Though they struggled in the league‚ Chiefs have done well in the Caf Champions League by qualifying for the group stages with aggregate wins over PWD Bamenda of Cameroon and Primeiro de Agosto of Angola.

AmaZulu‚ whose first shot on target came after 75 minutes‚ and their coach Benni McCarthy remain in the middle of the table, 14 points behind champions and leaders Mamelodi Sundowns but with lots of work to do to revive their campaign.

Since he joined the club‚ McCarthy has overseen a win‚ draw and loss in his first three matches and pressure will begin to mount soon if they don’t get the desired results.

AmaZulu were lucky to continue with 11 players after Thembela Sikhakhane got away with only a yellow card for a dangerous stamping on Happy Mashiane inside three minutes.

Chiefs took the lead after 11 minutes through a close-range effort from Samir Nurković who found the back of the net for the first time of a season mostly spent nursing an injury.

Dumisani Zuma delivered a telling cross that rebounded off AmaZulu midfielder Siyethemba Sithebe on the edge of the penalty box to Nurković‚ who pounced.

Nurković shook AmaZulu as they started to create half-chances of their own‚ with the likes of Talent Chawapiwa‚ Sphelele Mthembu and Augustine Mulenga at the forefront.

Shortly before the break‚ referee Philangenkosi Khumalo issued yellow cards to Nurković and Tapelo Xoki after they were involved in a head-butting incident.

A few minutes after the restart‚ the effects of Sikhakhane’s unsporting tackle on Mashiane had the final say as he limped off the field and was replaced by Lazarous Kambole.

Just after the hour mark‚ AmaZulu came within inches of equalising when Xoki’s header flew agonisingly wide of the upright after he connected with a free-kick from Sithebe.