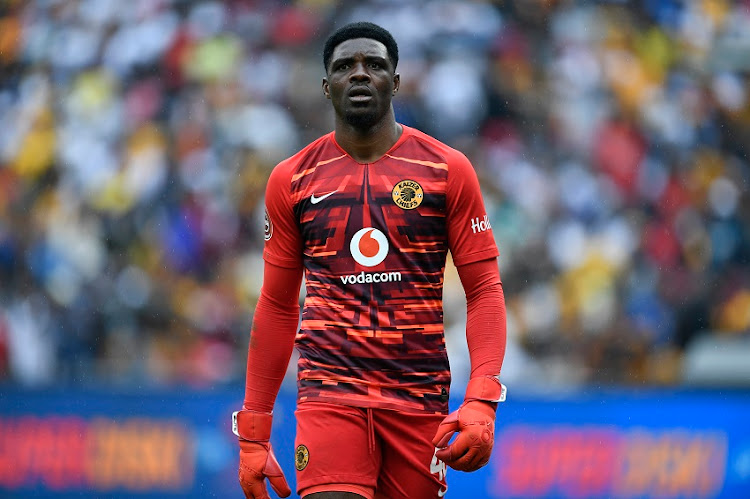 It seems bewildering alone that a Kaizer Chiefs goalkeeper can be asked such a question‚ let alone have to provide an assurance that “this team cannot be relegated”, as incumbent Daniel Akpeyi has said this week.

Chiefs’ floundering season plunged into worse circumstances as they slipped to 14th place after nine games in the DStv Premiership losing 2-0 against Maritzburg United at FNB Stadium on Sunday.

Coach Gavin Hunt will search for more solutions from a squad that’s part too old‚ part too young‚ and cannot make signings because of a Fifa transfer ban‚ when Amakhosi meet AmaZulu at Kings Park on Wednesday.

Akpeyi assured the team’s supporters the Soweto giants are too big a club to be relegated.

“I think so far we have not been coming right with our decisions in games‚” the Nigeria international goalkeeper said.

“But I don’t want to go into tactical matters now. What I want to say is that mentally right now we should be strong going to our next game.

“Because we have quality players who we rely upon‚ and who the team rely upon‚ but sometimes we disappoint ourselves.

“But I’m thinking that the next game where we are going to AmaZulu‚ we are taking the pain to AmaZulu. It’s high time we start making ourselves happy‚ and the fans as well happy.

“ … It’s only normal for supporters and the country and every loving person of Kaizer Chiefs to be panicking about our situation for now because it looks like things are not coming right.

“But it’s a big brand – we don’t want to disgrace ourselves and embarrass the brand. One confidence that I have is that this team cannot be relegated.

“I know from the response of the players and their mentality right now that we are ready to take a different step into the next game. So relegation is not something that we are actually panicking about at the moment.”

Akpeyi was asked what Chiefs have been saying to themselves in the change rooms in such a tough season.

“Well so far we have not been happy with ourselves because we’ve been down‚ as we emphasise again‚ from the beginning of the season.

“We’ve talked to ourselves and we’ve tried to identify tour problems in every game that we’ve been playing.

“But I think from the response of every single player everything is coming right‚ and we hope‚ as I said‚ that there’s going to be a turnaround in the next game.”

AmaZulu are in ninth place‚ and have a win and a draw so far under new coach Benni McCarthy.