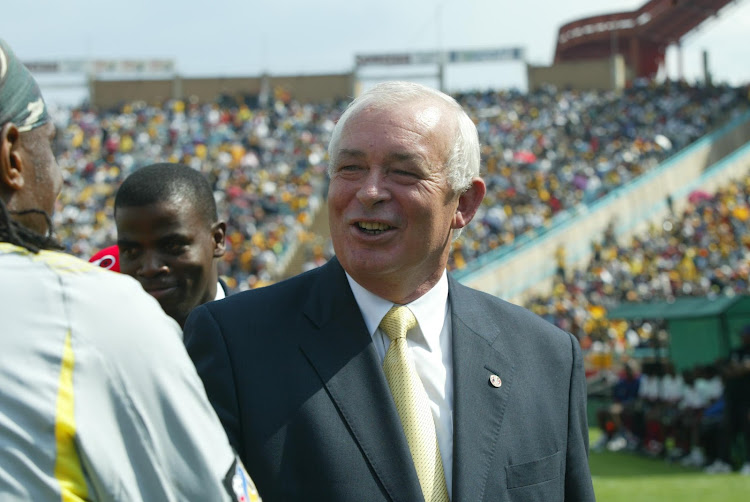 A file photo of Trevor Phillips during the Coca-Cola Cup final match between Kaizer Chiefs and Jomo Cosmos at Soccer City in Johannesburg on November 30 2002.
Image: Gavin Barker/BackpagePix

On Monday‚ the PSL announced the death of the league’s first chief executive officer who was affectionately known as the “British Bulldog” for his no-nonsense attitude and deep voice.

“He was a true gentleman‚ I consider him my mentor and I am greatly indebted to him for having given me the opportunity to showcase my talent with regards to football administration‚” said Dipela, who fulfilled a number of roles at the PSL.

“When he arrived at the league he didn’t know me.

"I had just joined the NSL in 1995 and when the new league was formed‚ myself and him were assigned by the National Executive Committee (NEC) to start the ball rolling in terms of fixtures‚ sponsorship and other things.

“It was predominantly me and him who were running the league administratively. I had the responsibility to deal with the fixtures and he dealt with other issues.

"He was a knowledgeable person and he was always willing to share his knowledge with me.

"Most of the times when he was away I will be the one who will make sure that the machinery of the PSL is running. This is sad news and may his soul rest in eternal peace.”

“What a sad morning hearing of the passing of my best former boss.

"Trevor was like a father to me and he had great leadership. This is the man who taught me about leading without power and the business of sport.

"My condolences to his family and May His Soul Rest In Peace‚” said Ravele.

“We would like to convey‚ as Safa‚ our heartfelt condolences to the Phillips family‚ friends and all those he worked with.

"This is a sad day for football‚ not only in South Africa but globally as Mr Phillips had worked throughout the world‚ imparting his knowledge in growing the sport‚” said Jordaan.