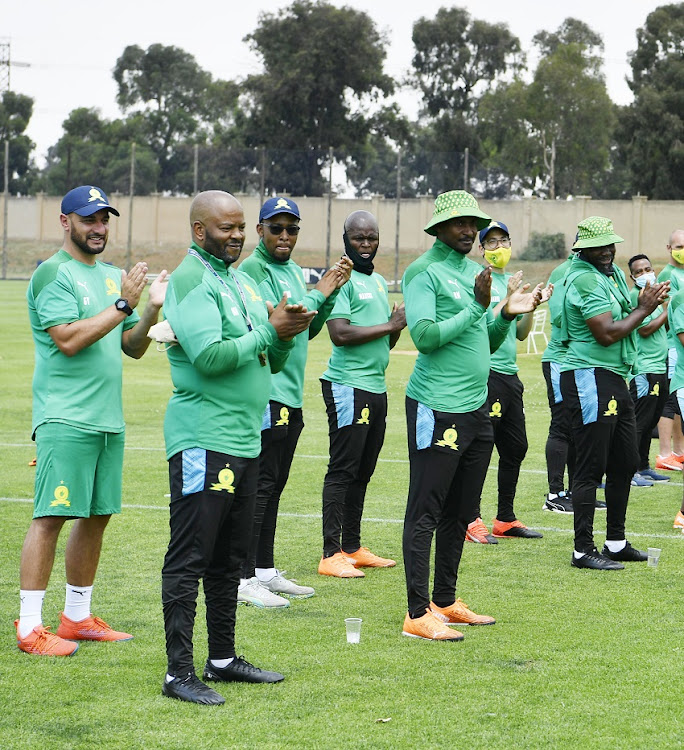 Mamelodi Sundowns have made the unusual step of congratulating rivals Kaizer Chiefs for reaching the group stages of the 2020-21 Caf Champions League.

Downs – who have flown the South African flag in continental football highly for almost a decade‚ including winning the 2016 Champions League – tweeted their congratulations after the draw conducted by the Confederation of African (Caf) in Cairo‚ Egypt on Friday.

Sundowns were placed in Friday’s draw in Cairo against regular challengers TP Mazembe of Democratic Republic of Congo‚ Al Hilal of Sudan and CR Belouizdad of Algeria in Group B.

Chiefs‚ who have qualified for their first group stage in 24 years of trying‚ will meet Moroccan giants Wydad Casablanca‚ Horoya AC of Guinea and Atletico Petroleos of Angola in Group C.

“Congratulations Kaizer Chiefs on making it to the Total CAFCL Group Stages Trophy‚” Downs posted on their official Twitter account.

The Brazilian giants’ comment sparked reaction from both clubs’ supporters with one user saying: “Might as well share hotel details and which restaurants are best to go eat at north and east Africa. Did they congratulate us ka LA decimal?”

Sundowns’ “Decima” was their 10th Premiership title‚ won on the final day of 2019-20‚ where they pipped runners’up Chiefs to the post.

But admin they're going to play Wydad, i think it I'll be for the first time in 4years Wydad win in SA