We had no business dropping points, Tembo fumes 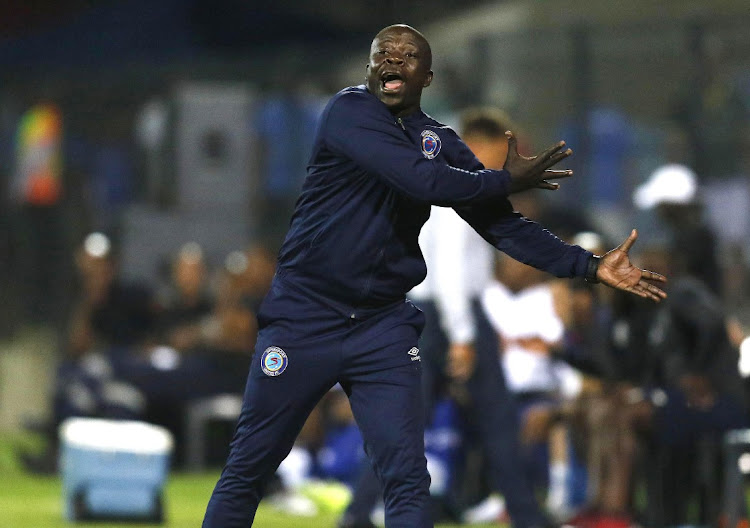 The Zimbabwean mentor was furious with his team's performance after a 2-2 draw against struggling Chippa United at the Lucas Moripe Stadium in Tshwane on Wednesday. The three-time league champions recovered from a goal down to lead 2-1 with three minutes to go in the game. But the visitors rescued a point to force a share of the spoils. Bradley Grobler scored his eighth goal of the season to lead the league's goalscoring charts.

Chippa went into the break 1-0 in front, courtesy of Andile Mbenyane's goal. Thamsanqa Gabuza thought he won it for the home side with his header five minutes into the second half. But Maloisane Mokhele forced a share of the spoils with the late equaliser.

The lapse in concentration at the back and wasted goalscoring opportunities upset Tembo. He wants his team to improve their goalscoring exploits against the unpredictable Galaxy. The draw ended their three-game winning streak in what he described as a lacklustre performance.

“We had no business dropping the two points. We did not play well and I am disappointed with the performance. But we have to put this disappointing result behind us and focus on the next game,” said a visibly dejected Tembo.

“We gave them time and space on the ball. Our pressing was not good. It was not a good performance for us and our overall performance was flat. It was one of those days when things did not work.”

There is no point crying over spilt milk and Tembo knows that they have to channel their focus towards the next game.

TS Galaxy have not won any of their past six games and have made changes to their technical team. Zipho Dlangalala replaced Dan Malesela as head coach and he started his reign with a 2-2 draw against Baroka. Galaxy's last win in the league was a 1-0 victory against AmaZulu in October.

“It's going to be a tough game and I expect us to do better,” added Tembo.

With the rate the coaches are losing their jobs in the DStv Premiership this season, many may suggest that Tshakhuma Tsha Madzivhandila (TTM) coach ...
Sport
1 year ago

Feel it: the original Soweto derby is here

Dubbed “the original Soweto derby”, Sunday’s clash between Orlando Pirates and Swallows at Orlando Stadium is undoubtedly the drawcard of the Dstv ...
Sport
1 year ago
Next Article