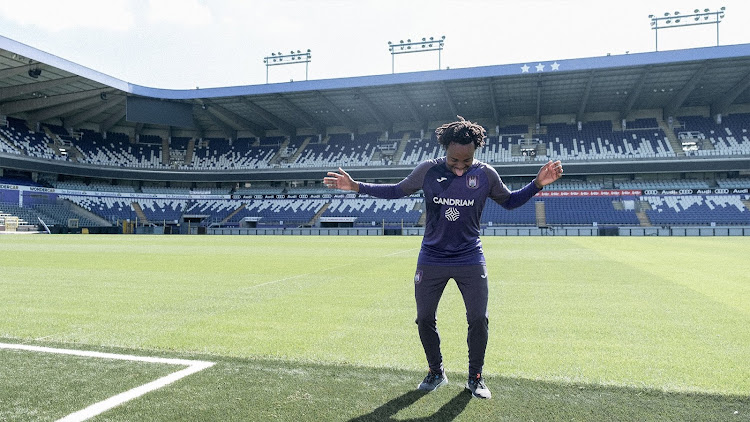 Potter has told his club’s official website that Tau is in decent shape having arroved from playing regularly at the club he was loaned to in Belgium‚ Anderlecht.

Albion’s manager may well see the FA Cup third-round tie against League Two side Newport as a perfect opportunity to give Tau and introduction to English football‚ outside of the pressure of the English Premiership‚ where Brighton are only a spot above the relegation zone.

A story on Brighton’s official website stated: “Percy Tau has been registered in time to play in this Sunday’s Emirates FA Cup third round match at Newport County.

“The 26-year-old could make his long-awaited debut against the League Two side‚ having been recalled from a season-long loan with Belgian club Anderlecht.

“Graham Potter would be happy to throw the South Africa international into the action‚ given that he’s played a decent amount of football during his time in Belgium.

Potter was quoted as saying: “He’s available. He’s been training and playing in Belgium‚ so he’s okay in terms of match speed and training time. It’s just a case of him adapting to us.

“He needs to get to know his teammates and the team. We want to help him take the next step in his career and that’s also the challenge for him.”

Tau’s recall to Brighton from his third loan spell in three seasons comes on the back of the Bafana star having shown form in his first five months at Anderlecht‚ the club coached by ex-Manchester City defensive star Vincent Kompany.

The Bafana star had scored four times in 14 games‚ attracting positive headlines. He recovered from a slump in form toward the second half of the 2019-20 season loaned out at Club Brugges‚ where Tau earned a Jupiler Pro League winner’s medal.

Brighton‚ struggling in 17th place in the 20-team EPL‚ just above the relegation zone‚ have been looking to recall loaned-out players to bolster Potter’s squad.

Tau joined the Premier League outfit from Mamelodi Sundowns‚ where he won the 2016 Caf Champions League‚ in August 2018‚ and was almost immediately loaned to Royal Union Saint Gilliose‚ where he won the Belgian second tier’s Player of the Season award.