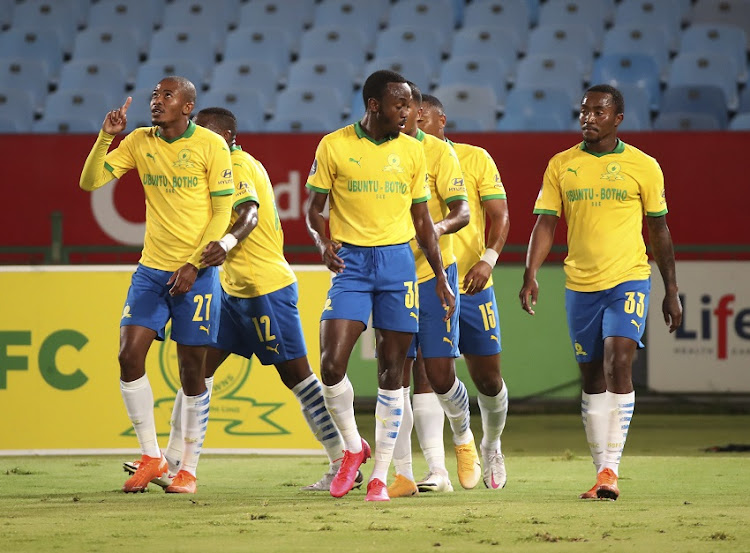 Shalulile‚ who joined the Brazilians from Highlands Park in the off-season‚ has started his career at Chloorkop impressively with five goals after 11 matches in all competitions.

The Namibian international‚ who has formed a devastating attacking partnership with Themba Zwane and Kermit Erasmus‚ dished out a man-of-the-match performance in Sundowns’ 1-0 DStv Premiership win over Orlando Pirates at the weekend.

Shalulile is going to be key again for the Brazilians when they take on Botswana’s Jwaneng Galaxy in their Caf Champions League preliminary round clash at Loftus on Tuesday afternoon‚ where they are leading 2-0 from the first leg in Lobatse.

“Peter is one of the rare breed. You wish‚ for the kind of money that is paid for our players‚ that they will have same mentality in terms of their professionalism towards their work‚” Mngqithi said‚ as he lavished praise on Shalulile for his exemplary conduct both on and off the field.

“I regard him as a soldier because he runs for the whole 90 minutes non-stop. He can press the whole back four and it’s very rare to find somebody who can press everyone and still be able to give you the right energy in attack when you have won possession.”

Sundowns recruited a lot of players in the off-season and Mngqithi said Shaluile is one of the best of those signings.

“For me he is one of the best buys that we have this season but I must say most of the guys that we have brought in are really coming in handy. Mothobi Mvala is showing his class and he is beginning to show how much of a grafter he is.

“There are many others like Kermit who has been instrumental but I don’t want to single out one player because we have a big bunch of very committed players. But Peter has got some rare qualities and his intensity is unbelievable.”

Mngqithi also gave an update on the progress of Gift Motupa and Mauricio Affonso who have struggled with injuries.

“Motupa has started training and he will probably get into full training next week and Affonso is still out. We would not really be sure when Affonso is going to come back because he always breaks down when we bring him back‚” the coach said.

“We are beginning to live with the fact that maybe he must recover fully and only come back when he is ready. We believe he may be back in the next two to three months if not four. It is one of the tough ones for us.”