Truter says he has a plan for City 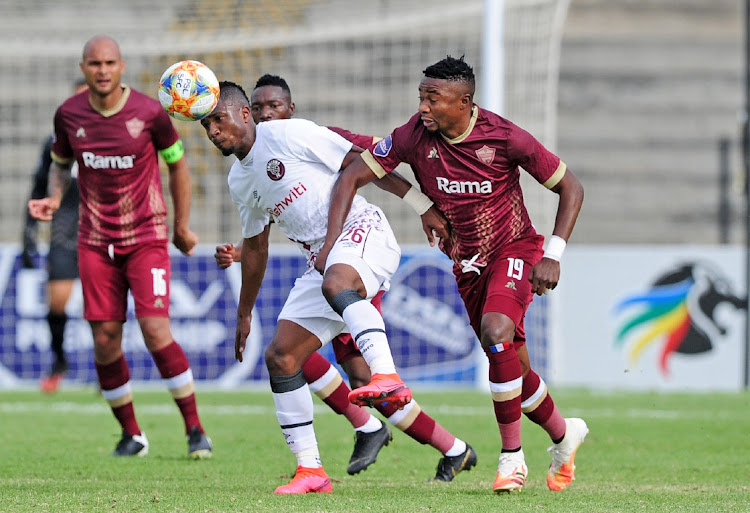 Swallows coach Brandon Truter describes this month as a test of character for his newly promoted team.

The Soweto giants have difficult matches to navigate this month as they have to play against Orlando Pirates, Mamelodi Sundowns and SuperSport United.

The Birds will use their busy schedule to gauge their readiness in a competitive league.

Truter ruled his team out as title contenders despite being in second place on the log table.

The Birds have collected 18 points from eight matches and are three points behind log leaders Sundowns with a game in hand.

Truter admitted that getting through this month will shed some light on how far they can go in their league campaign.

They face an acid test in a home game against red-hot Cape Town City at the Dobsonville Stadium today at 5pm.

"People are already putting unnecessary pressure on us to win the league. But we are not title contenders, and we are a newly promoted team expected to fight for our status. We want to compete and enjoy ourselves," Truter said.

"We are a small fish swimming against the sharks. It's a tough month for us as we have difficult matches to play against City, Pirates, Sundowns, SuperSport and Baroka and Chippa United in between. This month will test our character and put our unbeaten record on the line. We will see how far we have come after playing all the fixtures this month."

The Birds recorded an impressive 2-1 victory over Black Leopards in Venda, Limpopo, before the Christmas break.

They entertain the second-highest scoring team in the Premiership with 14 goals.

But the Birds boast the best defensive record in the league after conceding three goals in nine matches.

"City is a good team, and they score goals. But we are disciplined in defence. We are up for the challenge, and we are ready mentally and physically. It is about consistency, and we fancy our chances at home against a good team," Truter said.

City defeated TS Galaxy 3-2 in a five-goal thriller in their previous league match before the break.

The modest coach watched them in that game and said that he knew what to expect against City in their league meeting.

"We are looking forward to the game and will approach it with confidence. It is all about consistency, and I told the players to take it one game at a time," he added.   ​

Fixtures (all starting at 5pm)

Manqoba Mngqithi says Sundowns is not dependent on individuals

Mamelodi Sundowns coach Manqoba Mngqithi has said beating rivals Orlando Pirates 1-0 at the weekend during their DStv Premiership match without ...
Sport
1 year ago

Stellenbosch will play four of its five DStv Premiership games at home this month, and coach Steve Barker wants his team to take full advantage of ...
Sport
1 year ago
Next Article