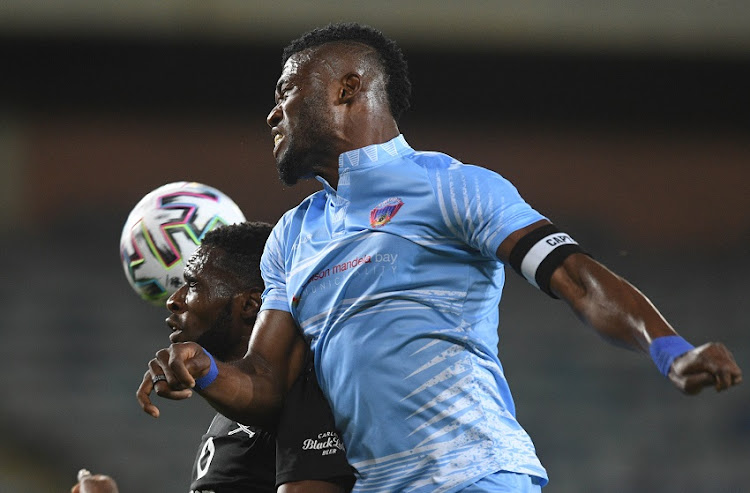 Orlando Pirates claimed a valuable and last gasp 1-0 win over ten-men Chippa United during their DStv Premiership encounter at the Orlando Stadium on Wednesday night.

The match seemed to be heading for a lukewarm draw but Pirates midfielder Fortune Makaringe had other ideas as he calmly found the back of the net with five minutes remaining on the clock after he received a pass from Linda Mntambo.

As a result of the three points, Pirates will end the year among the top sides as they have moved from seventh to third spot on the log standings with thirteen points from seven matches.

To their credit, Pirates remain unbeaten after three wins and four draws where they have scored nine goals and conceded six.

For Chippa coach Lehlohonolo Seema, whose team had to play the entire second half with a player short after Sandile Mthethwa saw red on the stroke of half time, pressure is mounting.

They are sitting dangerously third from the bottom with only five points from seven matches where they lost four, drawn two and won only once.

With their league programme for the year having come to an end, Pirates turn their attention to the Caf Confederation Cup where they are away to Sagrada Esperanca of Angola on Tuesday in Luanda.

They return to league action on 2 January with a blockbuster match against rivals Mamelodi Sundowns at Loftus where they will be looking to start the year on a high note.

Chippa still have a chance of moving out of the relegation zone as they end the year with a trip to Durban to meet struggling AmaZulu on Sunday at the Kings Park Stadium.

Pirates started the match on a low note as striker Zakhele Lepasa was forced off the pitch with what looked like a serious ankle injury in the second minute of the match and he was replaced by Gabadihno Mhango.

A few minutes later, Pirates were unlucky not to be awarded a penalty after Chippa defender Thabiso Lebitso brought down Thabiso Nonyane inside the box.

Both teams had their few notable moments on the attack but the first half was dominated by rough play from both players to keep referee Thando Ndzandzeka busy.

Just after the half hour mark, Pirates midfielder Vincent Pule needed medical attention on the sidelines after Lebitso accidentally stamped on his left hand.

The highlight of the half arrived shortly before break when Ndzandzeka sent Mthethwa for an early shower for flooring Deon Hotto with his elbow.

Mthethwa’s early shower meant that for the second league game in succession, Chippa were forced to complete a match with ten men as they lost Mduduzi Sibeko in the 2-1 loss to Baroka FC in their last game.