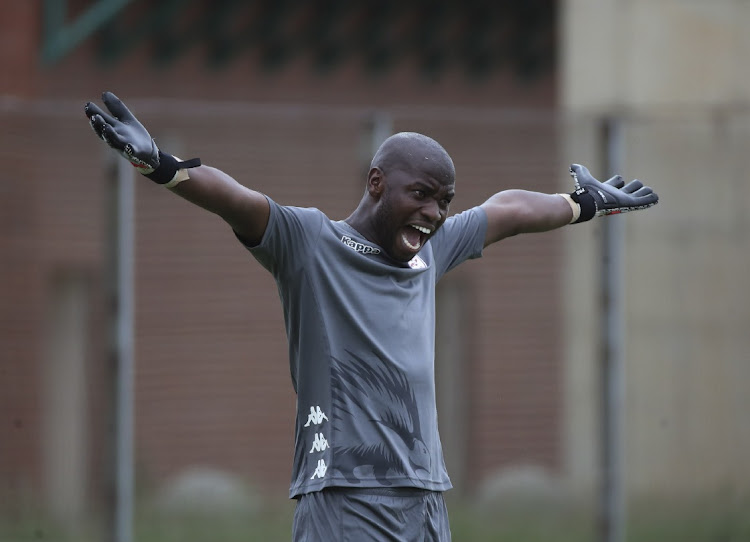 Sekhukhune United may have already secured a spot in the Nedbank Cup last 32 via outwitting Jomo Cosmos 2-1 at the weekend in the tournament’s preliminary phase, but the club’s goalkeeper Ayanda Dlamini insists winning promotion remains their priority over the Ke Yona Cup.

Sekhukhune came from a goal down to beat Cosmos, who had netted first courtesy of Mohlalefi Rapatsinyana on the half-hour mark. Restoring parity for Sekhukhune, Noko Malekana netted in the 58th minute, before Prince Nxumalo scored the winner early in the first stanza of extra time.

“Everyone in the team wants to win promotion, that’s our main objective. The Nedbank Cup is just to make a statement that we can compete. You saw against Cosmos the coach [Jonny Ferreira] used fringe players," Dlamini said Sunday.

“It’s not that we don’t value the Nedbank Cup, we’ll still give our best, but our eyes are fixed on promotion. We want to play in the big league come next season. Doing well in the Nedbank would be a bonus."

The 29-year-old Dlamini, who joined Sekhukhune from Premiership outfit Baroka before the start of the season, is among a number of former Premier Soccer League (PSL) stars the Limpopo club signed to boost their dream of gaining promotion.

“When I joined the team I was happy to see experienced guys who played in the PSL before. Seeing the likes of Morgan Gould, Tapuwa Kapini and Jabu Maluleke among others motivated me; it made me realise that Sekhukhune meant business," stated Dlamini.

Before finally cracking it at the elite league with Baroka in 2017, Dlamini spent six seasons playing in the ABC Motsepe League. The lad from Newcastle in KwaZulu-Natal feels the half-dozen seasons in the third tier has helped him adapt easily to life in the second tier.

“I was in the third tier for six seasons before joining Baroka, so I can’t complain about playing in the GladAfrica. I have settled in seamlessly."

He played for Amajuba FC and Alexandra United during his stint in the Motsepe League.

Despite their bright start to the DStv Diski Challenge campaign, Kaizer Chiefs are still a work in progress. That is the view of head coach Arthur ...
Sport
1 year ago

Mamelodi Sundowns have announced that the family of defender Motjeka “Ace” Madisha met with pathologists on Monday to establish if the person who ...
Sport
1 year ago

Ambitious Durban side AmaZulu named Benni McCarthy as their new coach on Monday.
Sport
1 year ago
Next Article