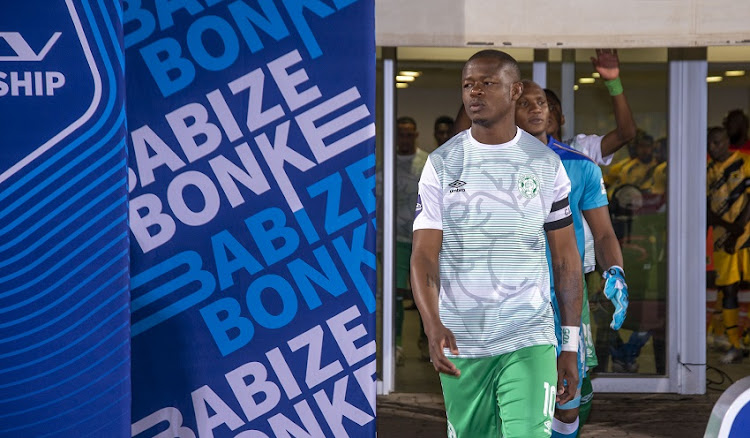 Former Orlando Pirates striker Ndumiso Mabena is confident the club he’s currently leading‚ Bloemfontein Celtic‚ can pull an upset against the Buccaneers in the MTN8 final at the Moses Mabhida Stadium in Durban on Saturday.

Mabena‚ who also played for Platinum Stars‚ spent five years at Pirates between 2009 and 2014 where he won two league titles and two cup competitions with the Soweto giants.

But all those memories will be cast aside when he leads Phunya Sele Sele in a winner-takes-all final‚ where R8 million will be at stake and ready to be grabbed by the winners.

Pirates are looking to win their first trophy in six years while Celtic last won the Telkom Knockout in 2012 and were losers in the Nedbank Cup final against Mamelodi Sundowns on the last day of last season.

The 33-year-old Mabena says he’s grown a lot in football since leaving Pirates in 2014 and feels Celtic are capable to win the trophy that the Free State club won once in 2005 when it was known as SAA Supa8.

“I think with the role I’ve been given in the team it gives me confidence‚” said Mabena of his form at Celtic‚ the club he joined from Platinum Stars in July 2017.

“I’ve been in the game for a while now and the experience that I’ve gained from the previous teams shows. With the confidence that the current coaches are giving every time on the training grounds‚ I think that also helps me a lot.

“To be around other senior players and the youngsters who are willing to learn and listen‚ the experience that I’m bringing in helps them a lot and it helps the team as well.

“So I think I am calmer and more matured than I was in my previous teams‚ not only Orlando Pirates but Platinum Stars as well.

“So I’m just enjoying my football and this is a platform that they’ve given me to go and express myself as a senior player.”

Mabena added they are as hungry as Pirates to win this trophy and the current players at Celtic want to leave a lasting legacy and history through winning this competition.

“As a team we want to make history‚ especially us as players we want to win the trophy for the first time in green and white colours‚” Mabena explained. “We’re preparing very well and we’re just looking forward to the final and everything is on course.”

Preparing for any eventuality in a cup final is part of what Celtic are doing at training.

That‚ added Mabena‚ includes making sure they’re sharp in taking penalties in case the match is not decided in 90 minutes and 30 minutes of extra time. “We won through penalties (at the weekend against Congolese team Maniema Union in the Caf Confederation Cup) and it’s one aspect that we do have a session on every week.

“I think it’s one of the aspects whereby the game can go to extra time and go to penalties. So we’re trying to prepare for whatever situation that we’re going to come across.

“We’ve played in the Nedbank Cup final last season but for us that has passed so this is a new season and as I said‚ we want to make history and everybody is gunning for the coming game.

“We know it’s not going to be an easy game but we’re preparing very well and we want to perfect it over the weekend.”