Maradona had no equal in his prime, says Bwalya 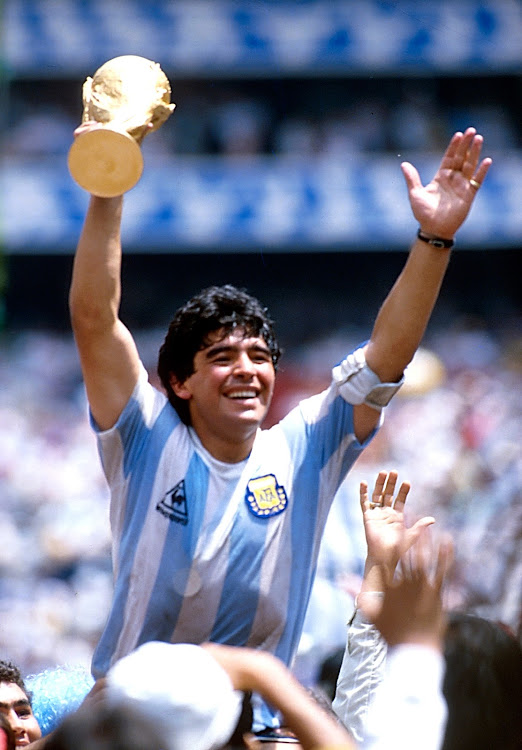 Zambian legend Kalusha Bwalya relived his moments with football icon Diego Maradona at a gala dinner held in honour of the fallen star in Pretoria.

The 57-year-old former Zambian Football Association president played against Maradona at the peak of his career in 1985.

The embassy of Italy and Argentina hosted a joint-dinner in honour of Maradona on Tuesday night.

Maradona died at the age of 60 last month, and Bwalya said he tried his best to emulate him with his tricks with the ball but could not keep up.

Bwalya played for Belgian outfit Brugge in the 1980s and said he got inspired by Maradona. He said he played against him in the colours of Brugge, and he would never forget that experience for as long as he lives.

Bwalya said he also played with him in a legend's team in Mexico in 2000. "I went to Brugge in 1985, it was a long time ago, and Maradona was at Napoli at the time. As a footballer coming to Belgium in the winter it was not easy, and I got to see inspiration in front of my eyes. I tried to make it and learned a lot by watching him play. He was at the peak of his performance in 1985 and '86," said Bwalya.

The former Chipolopolo star would not forget the time he saw him juggle the ball during warm-up. "I stood there watching him juggle the ball like nobody else and became an instant fan. I got lucky when I received an invitation to Mexico for an exhibition match, and he was there in 2000. We travelled to the stadium by bus, but Maradona arrived in a helicopter. He was bigger than any of us, and he slept at an expensive hotel different from ours. He kissed everyone in the dressing room, and he scored a beautiful goal in front of 55,000 people," Bwalya told Sowetan.

As part of being the 2010 Fifa World Cup ambassador, Bwalya visited Buenos Aires, Argentina, and got the opportunity to touch the field where Maradona produced his magic for Boca Juniors.

He said the 1986 World Cup winner was the best player to play the game in his time. "I went to the training ground of Boca Juniors and touched the grass where he used to play, and I was proud of that. May his soul rest in peace."

Bwalya also praised the DStv Premiership and said it is the best on the continent. He said he regularly followed the action. "I am impressed with Themba Zwane of Mamelodi Sundowns, and I think that he will win the footballer of the year again. I also like Lebogang Manyama of Kaizer Chiefs. PSL is the best league to watch in Africa. It keeps on improving with each year," he added.  ​​