Draw against Chiefs feels like a loss, says Leopards coach 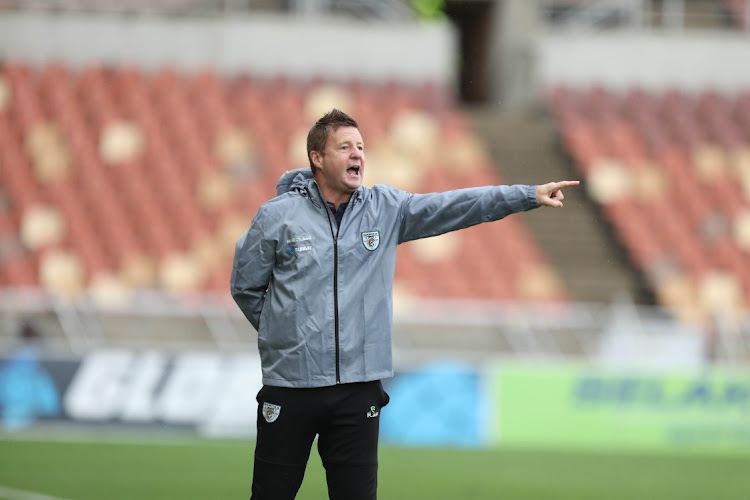 The 2-2 draw Black Leopards got against Kaizer Chiefs at FNB Stadium on Wednesday felt like a defeat to coach Dylan Kerr.

Leopards looked to have done enough to get all three points after they raced to a 2-0 lead through a brace from Ovidy Karuru in the first half.

But they allowed Chiefs to score two goals late in the second half to share the spoils, and this left Kerr feeling like a defeat as he believes they gave the game away. “I thought we wasted a lot of chances in the first half even when we were 2-0 up,” Kerr told the media after the match.

“I thought the application in the first half was first-class, and at halftime; I told them that if we can get a third goal, we will kill the game. If we keep it on 2-0 we must make sure we don’t lose the ball in the middle area of the field.

“At halftime, I said to the players that the only way Chiefs would score is from the set play, so I thought we defended very well up until the last three corners. We must learn to kill the game off when we have chances to do that.”

Kerr was pleased with striker Karuru, who bagged his brace on debut but also felt he should have scored a hat-trick. “I think Karuru was fantastic. He scored two goals. I think he would be disappointed that he didn’t get his hat-trick when he went through one-on-one, and he could have killed the game at 3-0,” Kerr said.

“But credit to Chiefs, they kept fighting, and they got the tails up after the equaliser. But it feels like a defeat because I thought when we kept the ball, we gave them a lot of problems. The third goal would have killed the game. At 2-0 Chiefs are going to come up here. I told them at halftime that they must keep the ball. It was what we worked on at training.

“We gave possession away too easily, and they went on a counter and got one goal, and their tails are up. We then gave free-kicks away. We gave needles corners away. We’ve dealt with them very well. We should have taken three points, and it feels like a defeat.”

Mamelodi Sundowns coach Manqoba Mngqithi fired a salvo at the Western Cape on Thursday and labeled the provincial government as ‘dishonest‚ inhumane‚ ...
Sport
1 year ago

Some blamed Chiefs boss Bobby Motaung for the fiasco, while others suggested it was time for Nurković to go because even he can't save the club.
Sport
1 year ago
Next Article