Coach wanted to progress to first round in style 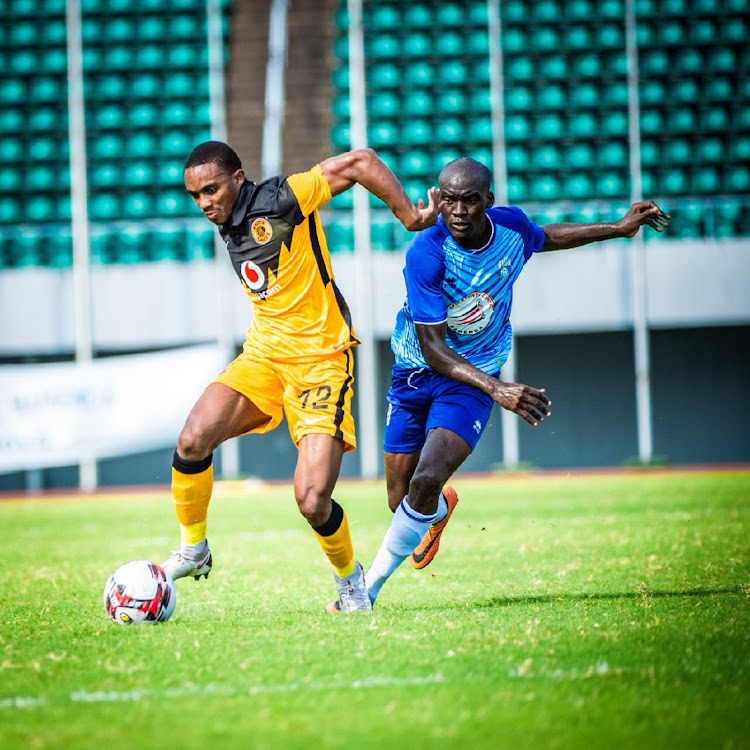 Gavin Hunt has lamented Kaizer Chiefs’ poor finishing after they were held to a goalless draw by PWD Bamenda in the CAF Champions League second leg at FNB Stadium on Saturday.

Scoring goals has been one of Chiefs’ problems so far this season, and this continues to frustrate Hunt, who sounded irritated after the match.

“You cannot be missing chances that we get and the opportunities we get in front of goals. In all my 30 years of coaching, I’ve never seen anything like that,” Hunt told the club media department after the game.

“It’s disappointing, but you know the most important thing was to go through, that’s the main thing.

“In the first half, the score could have been.. whatever... we had so many opportunities. Second half as well, and you have to score. We are not finding the back of the net, and it has been the problem the whole season.

“You cannot expect to keep clean sheets every week if we are not scoring the goals with the chances we have. I’m disappointed because I expected a little bit more, but it is what it is.”

What annoyed Hunt the most was that his side had struggled against a Cameroonian side he feels is nowhere near the Premier Soccer League (PSL) team.

Hunt wanted to win the match to progress to the first round in style.

“We got clean sheets home and away, but also, you have to look at the opposition, to be fair, nowhere near PSL standard,” Hunt said.

“But we got to be better. We got to be creating opportunities and scoring. It has been like that most of the season so far.

“Physically, they are a tough team, different from what we usually play against. We opened them up a lot of times at home and away, but you can see why our front players have not scored many goals.

“You can train the whole day but you have to score when you get the final ball, the final pass, but we got through, that’s the main thing.”

Chiefs will shift their attention to the DStv Premiership, where they will be looking for their second victory of the season when they welcome Black Leopards at FNB Stadium tomorrow (7.30pm).

Despite venturing into the transfer market to beef up their squad, Orlando Pirates have not been convincing in the DStv Premiership.
Sport
1 year ago

Kaizer Chiefs could only manage a 0-0 draw in the second leg at FNB Stadium on Saturday night to follow their 1-0 away win, which was enough for ...
Sport
1 year ago
Next Article