No tough mandate for German mentor 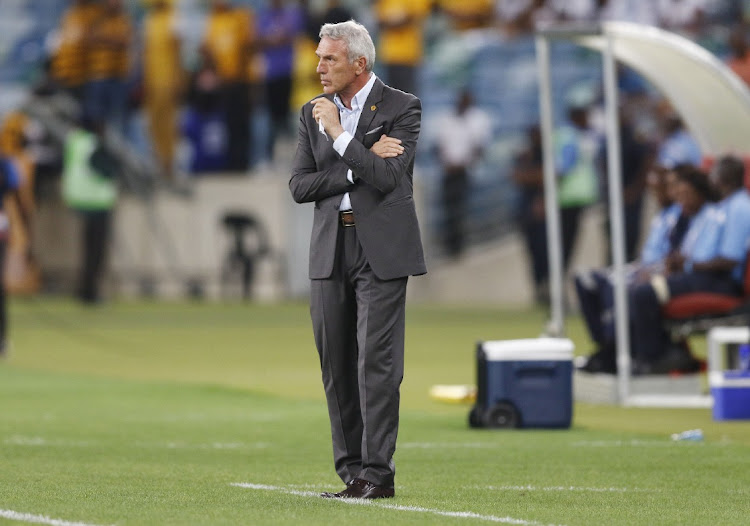 New Maritzburg United coach Ernst Middendorp is not expected to perform miracles at the Team of Choice as his mandate is solely to bring stability, according to the club’s chairman Farook Kadodia.

Middendorp will begin his third stint at Maritzburg by facing table-toppers Mamelodi Sundowns at Harry Gwala Stadium tomorrow (8.15pm). Middendorp’s maiden spell at Maritzburg was between 2009 and 2011, while his second was from 2012 to 2013.

The German mentor replaced Eric Tinkler, who was fired in the aftermath of an 11-game winless streak, having last won a game last season in March.

“At this moment, the priority is to get the club stable. The mandate for the coach is to stabilise everything. We must be realistic, so we can't ask for big things from him. I really won’t put pressure on the coach. His mandate is just to get the team ticking again,’’ Kadodia told Sowetan yesterday.

The Team of Choice head-honcho has vowed his team will give a fight in each and every coming game. However, Kadodia knows they must tread carefully against the Brazilians.

“Every game is a fight, my brother. But we can’t be overconfident because we play the best team in Africa [referring to Downs]. All I can tell you is that we are in a fight every game we play,’’ noted Kadodia.

Kadodia is also praying the match officials who will officiate in their game against Downs handle the game fairly, feeling they were at the receiving end of poor officiating in their past two games against Black Leopards and SuperSport United.

“In the past two games we were robbed. Television replays show how we were robbed for the penalty and for the goal. We just don’t want to be at the receiving end of poor officiating. We just hope that we get match officials who will give us a fair game,’’ Kadodia said.

Maritzburg’s 12 games without a win

Maritzburg United have confirmed former Kaizer Chiefs coach Ernst Middendorp’s return for a third stint in charge of the club.
Sport
1 year ago

SuperSport United beat struggling Maritzburg United 2-1 during their DStv Premiership match at the Harry Gwala Stadium on Friday to leave the ...
Sport
1 year ago
Next Article