City hope to give centurions Nodada, Fielies a party with Pirates win 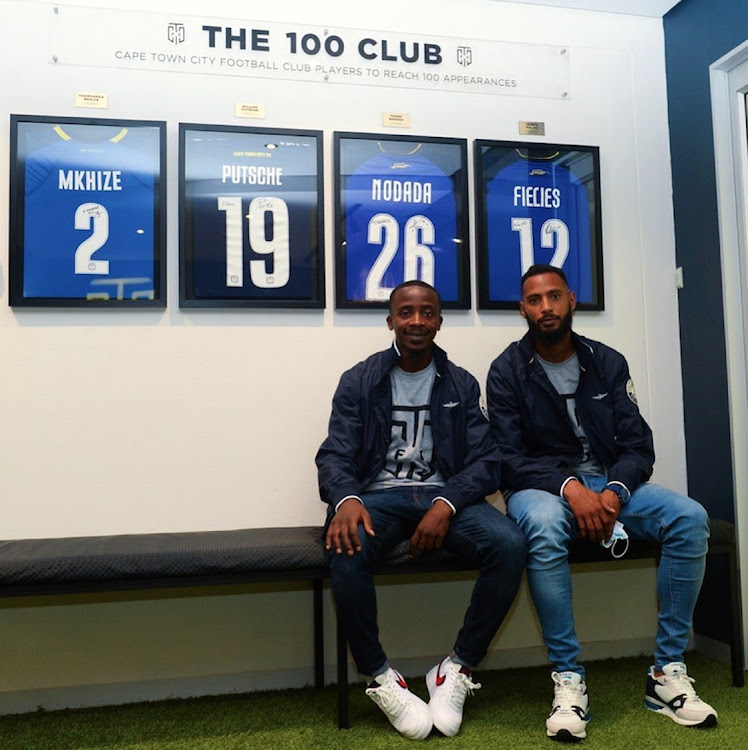 City will honour midfielder Thabo Nodada and Taariq Fielies for their 100th caps when they host Pirates.
Image: INSTAGRAM

After Thabo Nodada and Taariq Fielies etched their names into the club's history books by amassing 100 appearances each in their previous game against AmaZulu, Cape Town City aim to escalate their celebrations for the pair's milestone by beating Orlando Pirates tomorrow (Danie Craven Stadium, 3.30pm).

Nodada and Fielies simultaneously hit centuries for City in their 1-1 draw away to AmaZulu last Saturday.

City didn’t hand over the 100th cap mementos to Nodada and Fielies against Usuthu, waiting to commemorate the occasion in a home DStv Premiership game, which happens to be against the unbeaten Buccaneers tomorrow.

“It will always be special to celebrate against Pirates, especially since we will be playing at home. We are extra motivated to go all out to make sure that Thabo and Taariq feel special. We really want to win to mark this special moment,’’ said Mkhize.

The 25-year-old Nodada has been with the Cape side since their establishment in 2016.

The lad from Ixopo in KwaZulu-Natal sounded proud of what he’s achieved en route to earning his 100th appearance, thanking City chair John Comitis for giving him the chance to play for his club.

“To be 25 and to have played 100 games in the PSL is unusual. In that, to be in the Bafana set-up, to have won two trophies, to have played in three finals, to have finished [in the] top six in every one of the seasons I have played, is amazing. I am really grateful to the chairman for the platform,’’ said Nodada.

Fixtures (all 3.30pm unless stated)

Mamelodi Sundowns are slowly putting the finishing touches on a new attacking partnership that has the potential to leave the opposition gasping for ...
Sport
1 year ago

AmaZulu goalkeeper Siyabonga Mbatha has welcomed the arrival of Veli Mothwa as he feels it will take him out of his comfort zone.
Sport
1 year ago
Next Article