Bafana coach Molefi Ntseki on Anele Ngcongca: ‘This man has been an icon’ 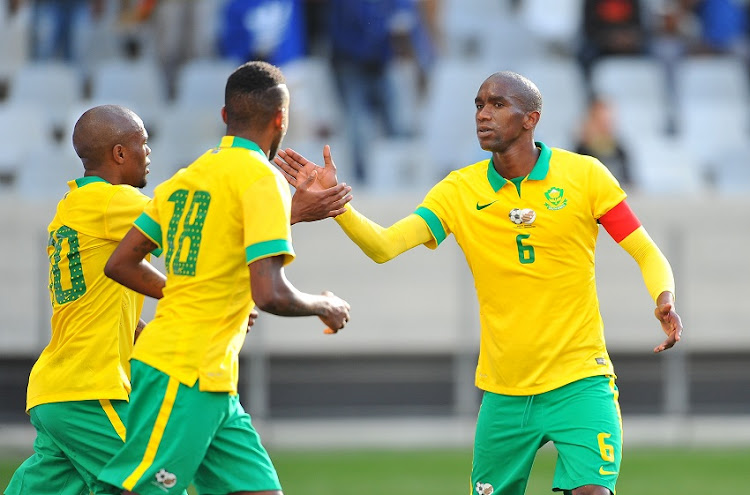 Bafana Bafana coach Molefi Ntseki has paid tribute to Anele Ngcongca‚ describing him as one of the humblest of national team players‚ and someone who achieved a lot on the field of play at home and abroad.

Ngcongca died in a car accident on the north coast of KwaZulu-Natal on November 23 and had been due to join AmaZulu FC on a season-long loan from Mamelodi Sundowns.

The 33-year-old right back had won six trophies with Sundowns. He had also won a championship in the 2010-11 seasons with KRC Genk.

Ntseki remembers vividly the first day he met Ngcongca and says he was struck by his high degree of humbleness.

“I had the privilege of working with Anele [as SA Under-17 national coach] when we were having a farewell for the Under -17s to go the Fifa U-17 World Cup in Chile in 2015. Anele came in Tebogo Langerman as Nike ambassadors‚” said the Bafana coach.

“They had to come and meet the team and wish them the best of luck in the tournament. I will always remember the humbleness in him.

“I think this man has been an icon in terms of his ambassadorship‚ representing the country in Belgium with Genk.

“We can always send our deepest condolences to the family and friends and we can only say may his soul rest in peace.”

Ngcongca played the last of his over 50 games for Bafana in a 2-2 draw against Cameroon in March 2016 in an away 2017 Africa Cup of Nations qualifier in Limbe.

The Gugulethu-born player will buried next week Thursday‚ December 10‚ after a funeral that will be held at the Gugulethu Stadium in Cape Town.