Mtshali puts music on pause to return to football 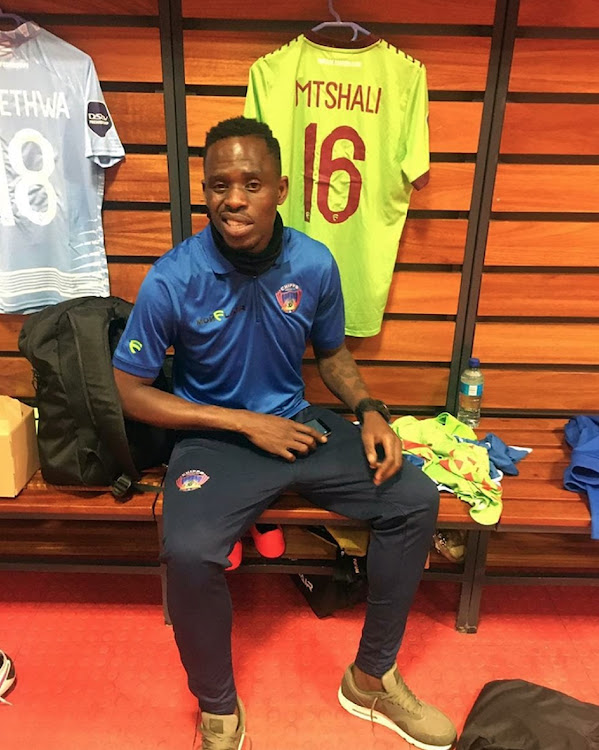 New Chippa United goalkeeper Ayanda Mtshali has narrated how the agony of being club-less in 2018 prompted him to venture into the music industry.

The shoulder injury that led to him parting ways with Bloemfontein Celtic in July 2018 shut doors for Mtshali in football. After struggling to find a new team, the 32-year-old subsequently co-founded Unified Entertainment, a record label.

“When my contract with Celtic expired I was injured…I’d just picked up a nasty shoulder injury. That made it difficult for me to join another club, so I decided to venture into music," Mtshali told Sowetan yesterday.

“I established the company with the help of my three friends Jonty Mampa, Piwe Msezane and Molebatsi Mohlaka. At the moment we don’t have prominent artists under our label because we’re more about unearthing raw talent. We look up to the likes of Dj Tira and Black Coffee."

Since Mtshali has fully healed from the shoulder complication and found a football home at Chippa, playing the beautiful game has taken precedence over his music dealings, disclosing his co-owners will take care of Unified Entertainment, while he’s trying to re-establish his ailing football career at Chippa.

“My focus now is to get back to my best. I am very excited to have joined Chippa after not playing for two years. My brothers will oversee everything at the label, while I am fighting to get my football career where it was before,’’ stated Mtshali.

The fact that Chippa United have just sold their No.1 shot-stopper and skipper Veli Mothwa to AmaZulu may boost Mtshali’s chances to get game time in Port Elizabeth. However, the lad from Newcastle in KwaZulu-Natal knows the departure of Mothwa doesn’t mean he must rest on his laurels as there’s another keeper in Mlungisi Mazibuko.

“Veli may have joined AmaZulu but that doesn’t say I find it easy to be in the first XI. I know very well that I still need to work very hard to play for Chippa. I found Mazibuko here… he’s a very good keeper, so there’s competition,’’ said Mtshali.

Since making his top-flight debut under coach Steve Komphela at Free State Stars in 2012, Mtshali has registered only 38 elite league appearances with Ea Lla Koto, Black Leopards and Celtic.

Kwem had a successful debut season in the PSL, netting eight goals across all competitions.
Sport
1 year ago

Chippa United coach Lehlohonolo Seema was left thinking about what could have been after his team dropped valuable points in their DStv Premiership ...
Sport
1 year ago
Next Article