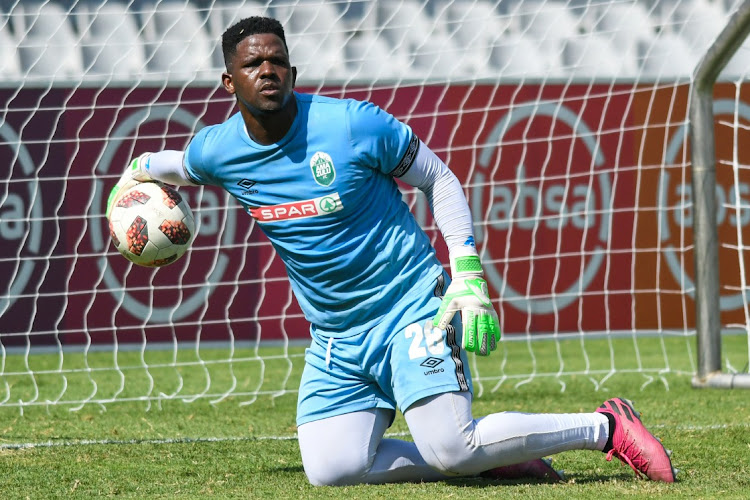 Siyabonga Mbatha of AmaZulu FC has welcomed the arrival of another goalkeeper
Image: Darren Stewart/Gallo Images

AmaZulu goalkeeper Siyabonga Mbatha has welcomed the arrival of Veli Mothwa as he feels it will take him out of his comfort zone.

Mbatha believes Mothwa will bring healthy competition to the club after joining them from Chippa United last week.

For sometime, Mbatha had made the number one jersey at AmaZulu his own, and he believes he was starting to get to a comfort zone.

"There is competition within the team. The club has good goalkeepers now,” Mbatha told Sowetan yesterday. “So it is competition time. I think like a professional athlete, you want to compete. When you compete, you do well. You don’t relax because you know anyone can replace you anytime.

“For me, it is good for the team. Competition is good because it brings out the best in someone. It makes you uncomfortable because you know that at any point, you can be replaced.”

The rise and fall of Mahlambi

It has been the case of so much promise and hype, yet little delivered for Phakamani Mahlambi.
Sport
1 year ago

Mothwa, one of the most highly rated goalkeepers in the DStv Premiership, will add much-needed depth to the Usuthu goalkeeping department amid the recent injury troubles of Mbatha.

The 31-year-old Mbatha had to be substituted and replaced by Neil Boshoff in their 1-1 draw with Cape Town City last week.

Mbatha added that it’s up to Mothwa and Boshof to keep the No 1 jersey while he is out injured. “Right now I’m injured. Neil came on against Cape Town City, and he did well. It is up to him to keep the jersey,” Mbatha said.

“If Veli takes it, it will be up to us to come back and fight for it. It is a competition because it helps the team if you have top keepers competing.

“To be honest, my knee is okay. My shin is still sore even now. But also, you don’t want to rush back because someone new came in now, and if you play with the injury you will make it worse. I rather come back 100% and fight for a starting place.”