It's the culture I want to change, says striker 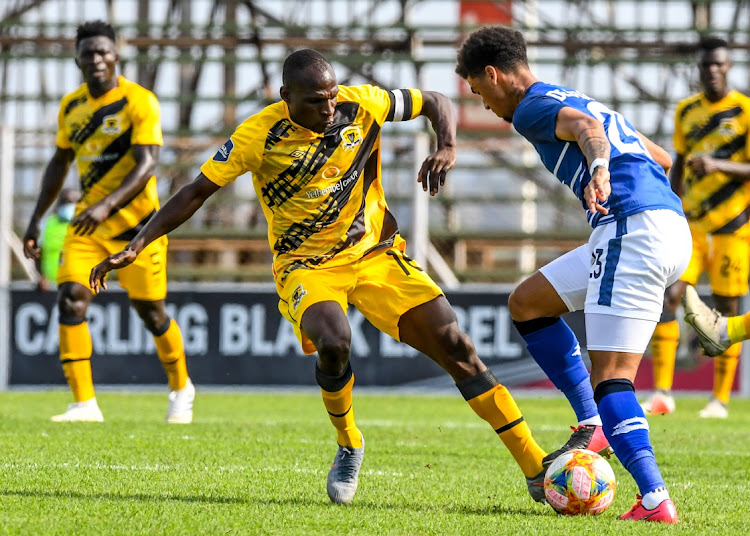 Rodney Ramagalela is tired of seeing Black Leopards fighting for relegation every season and wants to change that.

The striker decided to leave TS Galaxy after they completed the takeover of Highlands Park to rejoin Leopards last month.

Lidoda Duvha are second from the bottom with only three points from five matches, and Ramagalela said it was about time that he joined his old team to help them.

“I think it was about time that I came home to help change this culture of the team fighting relegation every season,” Ramagalela told Sowetan.

“I think with the help of the guys in the team,  can help this club to stay in the PSL and not fight relegation anymore. Dylan Kerr is a good coach, so his contribution will be essential as well."

Ramagalela left Leoparads, his first pro side, in 2013 when he joined Mamelodi Sundowns. He has turned out for more PSL clubs such as Golden Arrows, Polokwane City and Highlands.

The player born in Mamvuka in Venda, described Thohoyandou-based Leopards as his family.

“No one will be happy seeing their family struggling.  Black Leopards is like a family to me. Even when I was with other teams, seeing them at the bottom of the league always pained me. So for me, it was about time to go back home and assist where I can.”

The 31-year-old showed his intentions when he scored the only goal in his first match for the club against Maritzburg United last month to win 1-0. It was Leopards' first victory of the season.

Despite losing to Bloemfontein Celtic in the next match, Ramagalela believes the first win has taken the pressure off to some extent.

“It is always a pressure [for strikers] to go score on your debut. I was happy to give Leopards their first win of the season, which was important as it took off the steam a little bit.

“I still have this thing of saying I want to score 100 goals for Leopards. The bigger mission however is to help the team be far from the relegation zone at the end of the season."

Lidoda Duvha will be searching for their second victory when they meet Kaizer Chiefs at FNB Stadium next Tuesday.

AmaZulu’s new owner Sandile Zungu has denied links to his club of Benni McCarthy as coach as rumours‚ but did subtly send a message to his current ...
Sport
11 months ago