'No revolt at TTM, players paid in full' 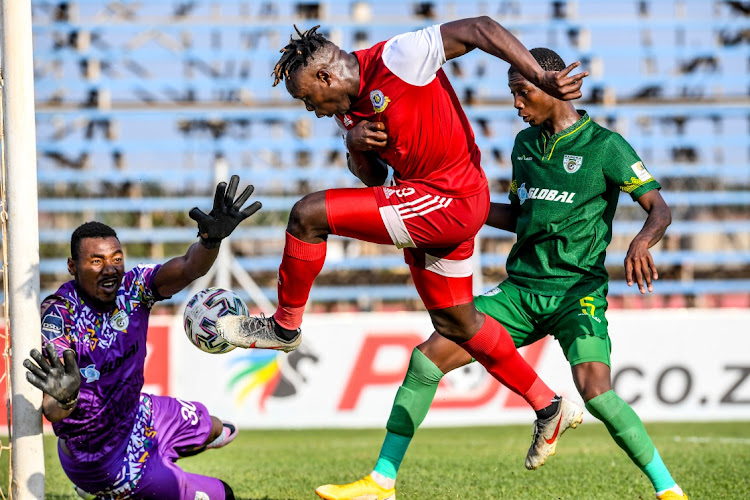 Rhulani Manzini of Tshakhuma on the offensive against Oscarine Masulike of Baroka.
Image: Sydney Seshibedi/Gallo Images

But Sowetan was able to source information from a few players who confirmed the player revolt at the troubled club due to unpaid salaries.

"We decided to boycott training because other players were not paid their monies and others were paid only half,” a player who asked to remain anonymous said.

Mulaudzi, however, maintained that all the players were paid their monies and that the reason they didn’t train was that they had just arrived back from Port Elizabeth where they played Chippa United on Sunday [1-1]

“There was no one who was not paid at TTM, the team arrived back from Port Elizabeth on Monday, and they are taking a break today (yesterday)," Mulaudzi explained to Sowetan.

“I can tell my manager to prepare that proof, and you can go through that and check if any particular player was unpaid. Monday was a gym day. The team came back on Monday. Normally when they come back, they don't train on the following day.”

Asked why the club has been attracting bad press in its first premier league season, Mulaudzi claimed some people are bitter and want to see him fail with the club.

“There are people who want to see the team going down, people who are so bitter," he alleged.

He also clarified the situation with defender Buhle Mkhwanazi, who is yet to train with the team despite having a contract with them from the now-defunct Bidvest Wits.

“There is no problem. When I found out from the team manager [Ricardo Miriri], he said there are three or four players who still needed to be paid their relocation fee,” Mulaudzi explained. "Buhle Mkhwanazi, we are negotiating a settlement with him."

TTM have made headlines for all the wrong reasons with veterans Joseph Malongoane and Oupa Manyisa's contracts unilaterally terminated a few weeks ago. But Mulaudzi claimed they have since found each other now.

"With Molangoane, the problem has been resolved, and he is back at training. [Oupa] Manyisa [we] are still working on his issues.”

Mamelodi Sundowns have shipped out attacking midfielder Phakamani Mahlambi on loan to AmaZulu.
Sport
11 months ago

That several high-profile players remain clubless at this stage of the season may indicate that Covid-19 hit the clubs’ finances very hard such that ...
Sport
11 months ago
Next Article