It's raining goals for Malawian striker 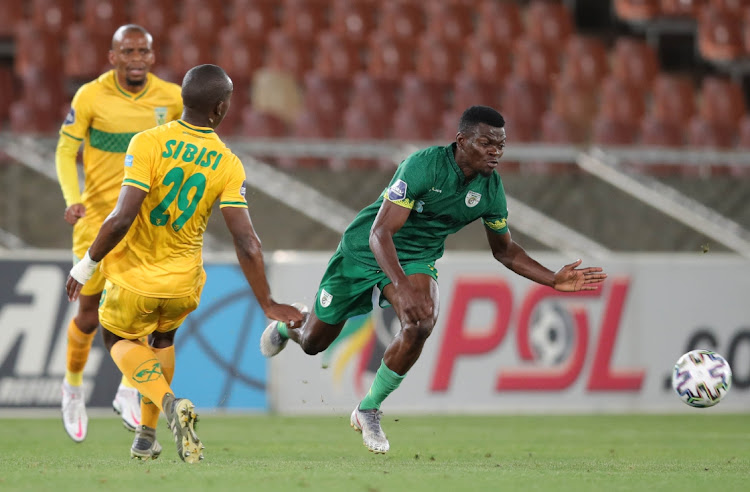 Baroka striker Richard Mbulu turned a laughing stock last season when he failed to score even a single goal from 29 matches across all tournaments.

On the back of a run-of-the-mill 2019/20 season, his maiden in the Premier Soccer League, Mbulu looks to be having the last laugh as he has already managed three goals from three Dstv Premiership games this season.

Mbulu has since opened about his poor first season in SA. The 26-year-old Malawian has insisted he was never anxious when he was firing blanks, thanking Bakgaga chairman Khurishi Mphahlele for having his back last season.

“I was not stressing when the goals weren’t coming last season. There was no pressure at all. The chairman gave me an unbelievable support. He would call me to his office and say ‘son relax the goals will come’. The entire team supported me a lot…I wasn’t alone,’’ Mbulu told Sowetan.

“I don’t think there’s something I would say was a problem [with him not scoring the entire last campaign]. I think the reason I struggled was that I was still new in the league and I lacked understanding with my teammates. Now there’s that understanding and the goals are coming.’’

The Baroka striker has chalked up his recent resurgence to the work he put in before the season started.

“I worked very hard before the start of this season. Sometimes I trained two times a day. When we’re training in the afternoon I would do an individual workout in the morning. I am so happy that the work I have been doing in silence is starting to show,’’ stated Mbulu.

In the past two seasons, Baroka had to retain their PSL status at the 11th hour, ending up finishing 14th in the 2018/19 and 19/20 terms. Mbulu has vowed that will change this season as they target the top-eight.

“We don’t want to leave it late [to avoid the dreaded axe]. Our main goal is to collect as many points in the first round [as possible], so that we don’t have pressure in the later stages of the season. I strongly think we can even finish inside the top-eight if we continue like this.’’

AmaZulu’s new owner Sandile Zungu has denied links to his club of Benni McCarthy as coach as rumours‚ but did subtly send a message to his current ...
Sport
1 year ago