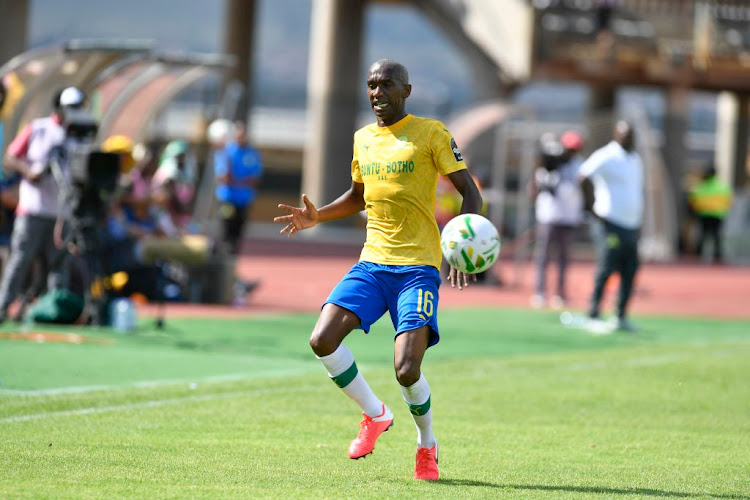 Mamelodi Sundowns to retire the number 16 shirt donned by Anele Ngcongca. The player died in a car crash on the N2 outside Mtunzini on the KwaZulu-Natal north coast last month
Image: Lefty Shivambu/Gallo Images

Premiership champions Mamelodi Sundowns are expected to retire the number 16 shirt donned by Anele Ngcongca during his four-year stay with the Pretoria club.

Ngcongca died in a car crash on the N2 outside Mtunzini on the KwaZulu-Natal north coast last month.

But sharp-eyed observers noticed that Modiba had switched to the number 37 shirt when he came on as a second-half substitute to replace Themba Zwane during Sundowns' 3-0 league win over Stellenbosch FC a few days after Ngcongca's death.

According to a club insider, the plan to retire the shirt in honour of Ngcongca will be announced shortly after his funeral later this week.

“The fact that Modiba has already played an official match in a different number to the one that he started the season with is a clear indication that they want to retire the number.

“It is also clear that they have already engaged the league and there were approvals because you can’t just change numbers as you want. Expect an announcement after the funeral,” said the insider.

Ngcongca had a highly successful career at Sundowns and won three league titles under former coach Pitso Mosimane. The Brazilians have started a series of events to honour the likable and down-to-earth former Bafana Bafana defender, who was a firm favourite among the Sundowns players and loved by rivals and supporters alike.

Sundowns and Stellenbosch paid tribute to the humble player on Saturday by warming up with T-shirts bearing his name and image. The match was temporarily stopped in the 16th minute by referee Jelly Chavani to honour him.

The club decided to celebrate Ngcongca in 16 of their matches this season and the tribute started in their league game against Stellenbosch at the weekend.

Sundowns to dedicate 16 matches in celebration of Anele Ngcongca's life

Mamelodi Sundowns will continue to celebrate former Bafana Bafana defender Anele Ngcongca's life in their next 15 matches.
Sport
1 year ago

There was uncertainty on how Mamelodi Sundowns will pan out without Pitso Mosimane, but the new programme of “Shadrach‚ Meshach and Abednego” is ...
Sport
1 year ago
Next Article