Coach's comments show he has faith in the defender

Jooste holds his own at Bucs despite early doubts 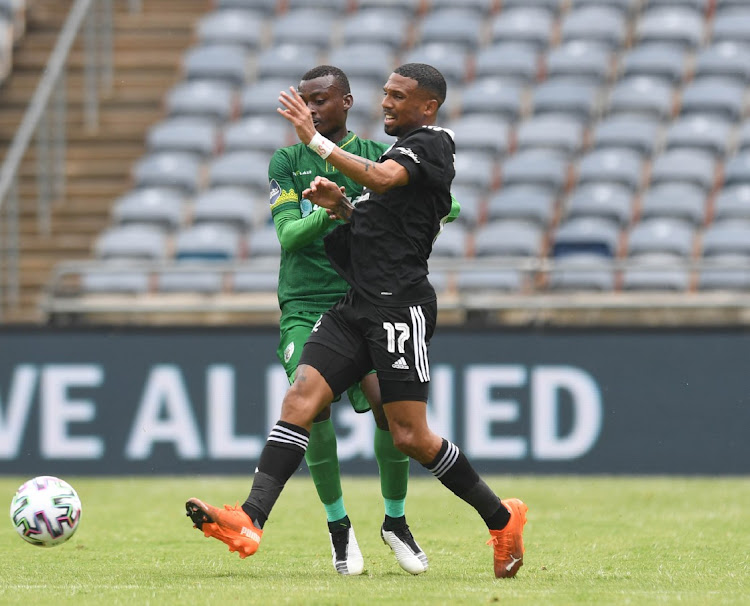 If there’s a player who has proven many people wrong this season, that's Orlando Pirates fullback Wayde Jooste.

When Jooste joined Pirates from Highlands Park before the start of the season, many predicted that the 29-year-old would find it hard to break into the Bucs first team, given the fact that his primary position, the right-wing, is star-studded at the Soweto giants.

The Sea Robbers’ technical panel took an unimaginable decision to convert Jooste to an astute right-back. As a fullback, Jooste has been impressive, missing just one start in Pirates’ five Dstv Premiership games so far.

Even so, Pirates coach Josef Zinnbauer has given an impression that Jooste has not ticked all the boxes. The Pirates coach was not pleased with his fullback’s display in the their 1-all draw at home to Baroka at the weekend, where his goalkeeper Richard Ofori made a huge error that gifted Baroka the goal, scored by Ananias Gebhardt. Tshegofatso Mabasa netted deep in stoppage time to level matters.

“Wayde wasn’t at his best in the second-half. But it’s always not possible you can play 20, 30 games in a row in top-flight and give top performance. He wasn’t very bad but the opponent always had a good game on his side,’’ said Zinnbauer.

“The next game he plays better and you all say ‘ohh he [Jooste] is a top, top signing’ I say again, he didn’t have a top second-half.’’

“Mostly if a goalkeeper makes a mistake you concede, but it’s possible [in football to make mistakes]. In the past games he was doing well," said Zinnbauer of Ofori’s error.

“It’s not a problem for me [that Ofori made a mistake]. He made very good saves in the past games. We accept it’s just a mistake and we can’t change the situation.’’

The draw at Orlando Stadium saw Bucs maintain their unbeaten streak in the league with two wins and three draws, sitting third on the log on nine points, four behind leaders Mamelodi Sundowns.

Mamelodi Sundowns co-coach Rulani Mokwena is wary of “complex” Stellenbosch FC who they host in a DStv Premiership match at Loftus on Saturday ...
Sport
10 months ago

Do Kaizer Chiefs even want to progress past PWD Bamenda in the Champions League?

While his ex-boss competes for the 2019-20 Caf Champions League final against Zamalek as coach of Al Ahly this weekend‚ it seems some representation ...
Sport
10 months ago
Next Article