Players to sport armbands, pledge support for cause before games

PSL players join beer brand in the fight against GBV 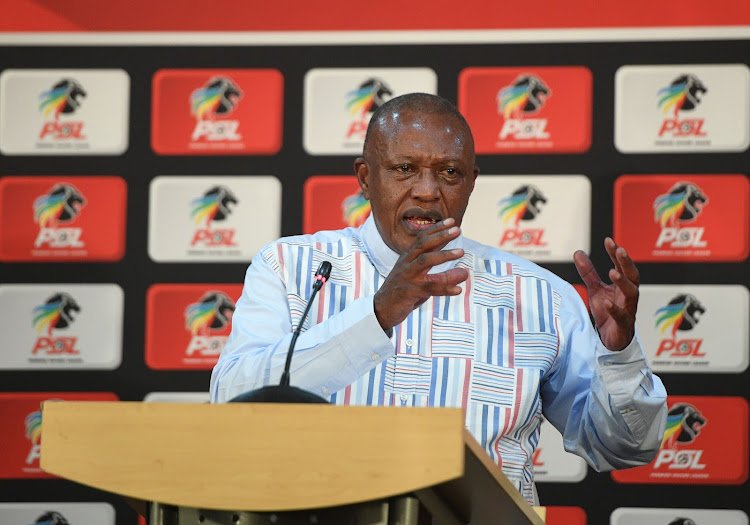 Premier Soccer League players will be wearing armbands to support the fight against the scourge of gender-based violence (GBV)..

The league marked the first day of 16 Days of Activism against Gender-Based Violence by announcing a partnership with Carling Black Label at its headquarters in Johannesburg yesterday.

“Fifa does not allow jewellery in the field of play, and instead of wearing the gender-based violence rings, the players would wear armbands and make a vow before kickoff of every game for 16 days,” said Khoza. “We cannot stop the violence but we can reduce it with platforms like this. It starts with the players, and everyone else must follow. As the PSL, we take gender-based violence seriously and want men to take full responsibility.”

The PSL boss said the SA Football Players Union, agents and all football stakeholders must get behind this initiative. “The clubs must not be responsible for things that are beyond their control. If these people that I have mentioned can join forces with us, we will reduce the scourge. Every person in this country is a supporter of football and must be watchdogs.”

Arne Rust, the Black Label brand director, said they partnered with the PSL, as part of the #NoExcuse movement against GBV, because they want to be part of the solution.

“We believe that people who drink our beer are champion men and need to set an example. We want men to renew their vows to their women and society as the person likely to abuse you is the person next to you. We urge all men to wear the no-excuse ring and armband as a sign of commitment,” said Rust.

He said the partnership would last for as long as there is still GBV.

Mamelodi Sundowns captain Hlompho Kekana has again been recognised for the prestigious Fifa Puskas Award after the magnificent long-range strike he ...
Sport
10 months ago

In a stunning turn of events‚ a section of the Kaizer Chiefs fans are calling for the dismissal of coach Gavin Hunt and the reinstatement of Ernst ...
Sport
10 months ago
Next Article