Ngcobo credits veterans for his meteoric rise at Moroka Swallows 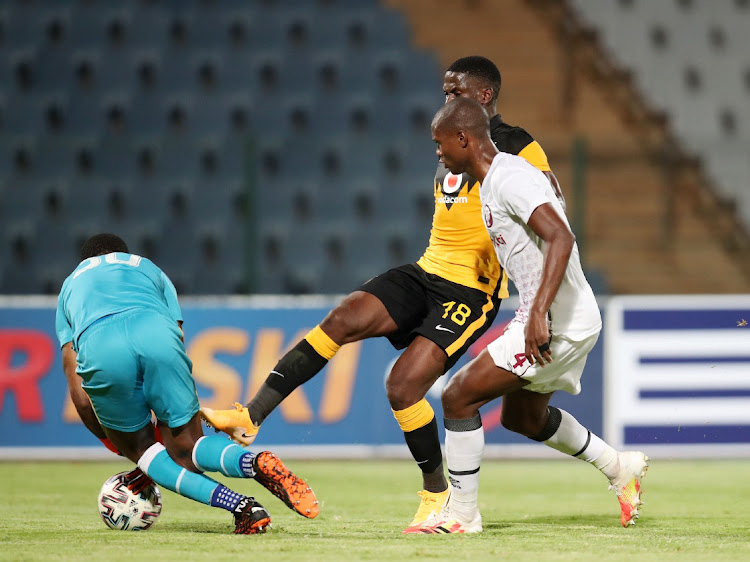 Kgotso Moleko of Kaizer Chiefs is challenged by Njabulo Ngcobo and keeper Vries Virgil of Swallows during the DStv Premiership 2020/21 match between Swallows and Kaizer Chiefs.
Image: Muzi Ntombela/BackpagePix

The influence of seasoned campaigners like skipper Lebohang Mokoena and fullback Vuyo Mere at Moroka Swallows has played a pivotal role in highly-rated centre-back Njabulo Ngcobo's seamless adaptation to the top flight.

Ngcobo, who joined Swallows from second-tier side Uthongathi before the start of the season, has been one of the Dube Birds' top performers thus far. The 26-year-old defender's tactical awareness and comfortability on the ball set him apart from a number of his peers in the Dstv Premiership.

Ngcobo's meteoric rise led to him winning the Man of the Match accolades in their 1-0 win over Kaizer Chiefs at Dobsonville Stadium on Tuesday night, aiding Swallows to earn their fourth successive clean sheet and extended their unbeaten run to five games, with three wins and two draws. Second-half substitute Joseph Mhlongo scored the only strike that sank Chiefs in the 86th minute.

It seemed as if Kaizer Chiefs were on course to tough out a second away draw in succession to show signs of grit under new coach Gavin Hunt, but ...
Sport
1 year ago

"It's still difficult to say I've reached the level of form I want, but I am gradually getting there. Playing with players like Cheese [Mokoena] and Vuyo, who've been around, motivates me," said the soft spoken Ngcobo.

"Cheese and Vuyo have assisted me a lot. They're sharing the experience they have with me. They always inspire me, telling me to work even harder."

"Roadblock", as Ngcobo is affectionately known in football, has vowed to keep level-headed amid pouring plaudits and growing status in the league. The lad from Umlazi, Durban, has featured in all five of Swallows' games this season, netting an impressive two goals in the process.

"I am happy that there are people who think I've been doing well. But I won't make a big deal out of that. I need to be calm and humble... always. Knowing that the way I play motivates some people makes me feel good, but I know I must not get too ahead of myself."

Ngcobo is a tenacious and physically strong defender, who excels in the air, and is widely admired for his heavy marking of opponents, as well as his hard-tackling style of play. The Swallows man is also highly- regarded for his positioning and rare ability to read the game.

Delron Buckley will have to hit the ground running at bottom club Maritzburg United after he was appointed as caretaker coach on Tuesday afternoon.
Sport
1 year ago
Next Article