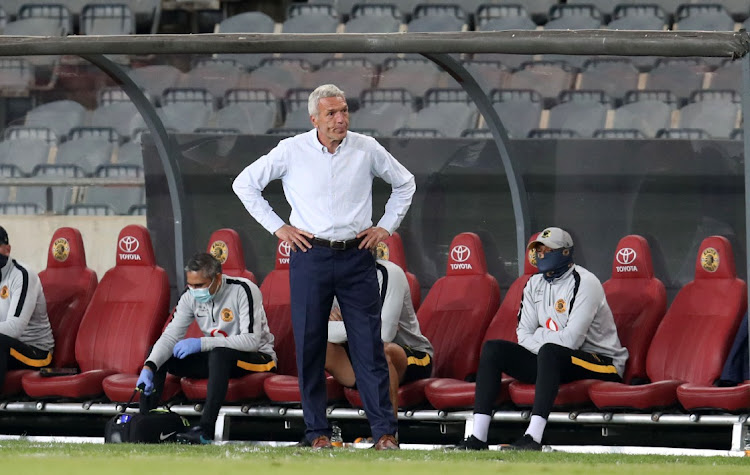 Perhaps an indication he’s eyeing the Maritzburg job, Middendorp is believed to have resigned from his coaching post at Ethiopian side St Georgia, a club he joined a month after being sacked by Kaizer Chiefs in September.

Speaking exclusively to Sowetan yesterday, Kadodia didn’t hide he’d like to hire Middendorp again. Should the 62-year-old mentor end up at the Team of Choice, it’d be his third stint at the club. Middendorp’s maiden spell at Maritzburg was between 2009 and 2011, while his second was between 2012 and 2013.

“If he’s available, I would be keen to offer him the job. But let’s see if he wants to work for Maritzburg. Ernst hasn’t come to SA yet. I need to have an interview with him first, see whether he wants the job or not,’’ said Kadodia.

Buckley steps in as Maritzburg show Tinkler the door

Maritzburg United chairman Farook Kadodia has disclosed the club will only hire a new coach after their Friday Dstv Premiership clash against ...
Sport
1 year ago

The Maritzburg head-honcho also disclosed he interacted with “Mazinyo'', as Middendorp is nicknamed, last week. Without giving much away on what they discussed, Kadodia only quipped Middendorp told him he wants to eat special food.

“I spoke to him last week. But I can’t tell you what we discussed because it was confidential. All I can tell you is that he indicated to me that he wants special food to eat,’’ said Kadodia.

Tinkler was shown the door on Monday after going 11 games without a win, with eight defeats and three draws in all tournaments dating back to last season.

Sources in Pietermaritzburg informed Sowetan that Middendorp will land In SA this morning, with the deal between him and Maritzburg expected to be sealed before tomorrow. Over his past two spells at the club, Mazinyo oversaw 126 games across all competitions, winning 35, with 50 losses and 41 draws.

Middendorp’s representative Paul Mitchell of Siyavuma Sports Group (SSG) couldn't be reached for comment as he read our WhatsApp messages without responding. Mazinyo left SA on a sour note after surrendering the league title to Mamelodi Sundowns on the final day of the last term.

Maritzburg after sacking Tinkler: 'The results have not been forthcoming'

Dylan Kerr wants to build momentum with trip to Celtic

After registering their first victory in the DStv Premiership this season, Black Leopards are aiming for successive wins when they visit Bloemfontein ...
Sport
1 year ago
Next Article