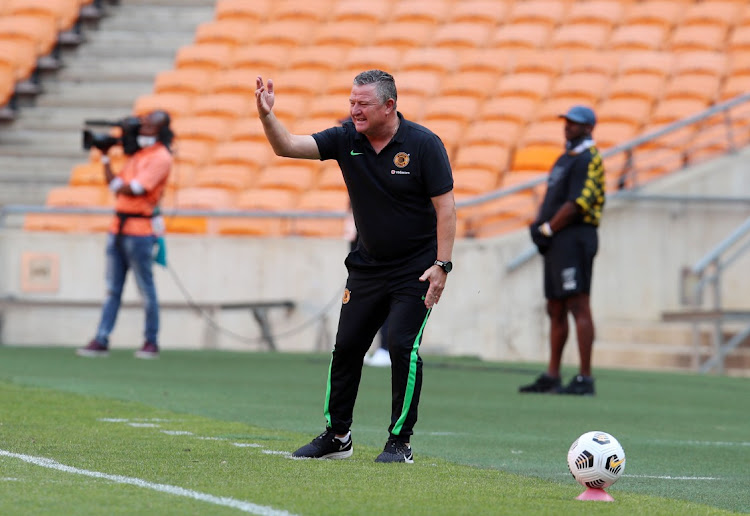 After bemoaning the penalty that referee Olani Kwinda awarded to Golden Arrows in their 2-all draw last Saturday, Kaizer Chiefs coach Gavin Hunt has again cried foul at match officials.

In the wake of Chiefs’ 0-1 defeat to Soweto rivals Swallows at Dobsonville Stadium on Tuesday, temperamental Hunt was left mystified by referee Masixole Bambiso’s decision to disallow their goal, scored by Daniel Cardoso long before Swallows grabbed the winner through Josef Mhlongo in the 86th minute.

“I am obviously disappointed. I thought we did enough in the first-half, had some great opportunities [and] we scored a goal. I don’t know why it was disallowed. I am not sure,’’ Hunt, who wasn’t keen to further engage the media post the match, told SuperSport TV.

Bambiso disallowed the goal on the basis that a certain Chiefs player, in a throng, had fouled Swallows keeper Virgil Vries. The Chiefs coach strongly believed that apart from scoring the decisive goal, Swallows never troubled them the entire match.

In a stunning turn of events‚ a section of the Kaizer Chiefs fans are calling for the dismissal of coach Gavin Hunt and the reinstatement of Ernst ...
Sport
1 year ago

“They had one chance and they scored… I mean, ja. There wasn’t much threat [from Swallows] the whole night. I don’t think there was any threat. But you got to score,’’ noted Hunt.

“There’s no defensive structure and obviously it just becomes a game-game end-to-end and you want a little bit of a structure in the game. But obviously we have to try to play players [we have] because it is what it is,’’ stated the Chiefs coach.

Chiefs are now faced with another daunting task in the form of the CAF Champions League, where they face PWD Bamenda of Cameroon away in the first leg of the tournament’s preliminary phase on Sunday (4pm SA time).

“We will go away and obviously try and go again and come again start again [in the league],’’ noted Hunt.

It seemed as if Kaizer Chiefs were on course to tough out a second away draw in succession to show signs of grit under new coach Gavin Hunt, but ...
Sport
1 year ago
Next Article