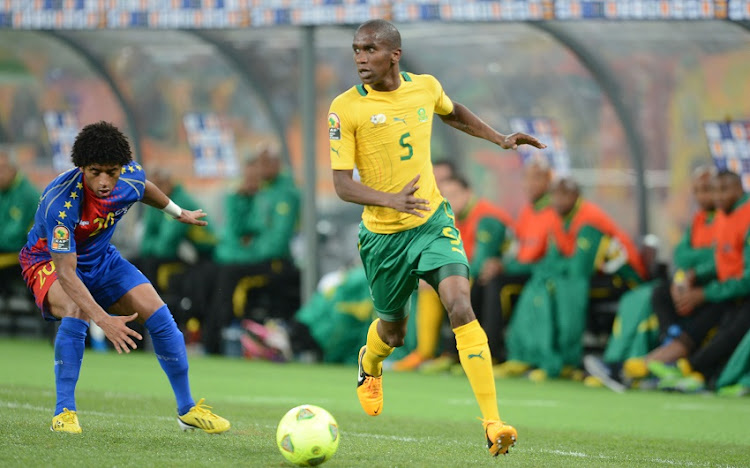 His death has not sunk in yet as distraught South Africans and many others around the world continue to mourn Anele Ngcongca.

The likeable 33-year old died in a car crash on the N2 outside Mtunzini on the KwaZulu-Natal north coast on Monday. He was not the driver of the car.

Many have remembered a glorious career that ignited when the then 19-year-old from Gugulethu, Cape Town, move from FC Fortune to KRC Genk in Belgium in 2007.

He managed to rub shoulders with some of the world's biggest names during his almost decade-long stay at Belgium side Genk and after a loan spell at French side Troye, he returned home and joined Mamelodi Sundowns in 2016.

The 2010 World Cup star cemented his place in the national team over the years and his over 50 Bafana Bafana are testament to his talents.

TimesLIVE looks at some of the matches that highlighted Ngcongca's natural abilities as he turned out in national team colours:

Ngcongca makes his international debut in a friendly international against Japan under coach Carlos Alberto Parreira ahead of the 2010 Fifa World Cup. At just 22 and 24 days, the Gugulethu-born star play the entire 90 minutes in a goalless draw.

This is Ngcongca’s fourth match in a Bafana shirt and it is one of the last preparation friendlies for the 2010 World Cup. He plays 55 minutes in this game.

Parreira’s team wins 5-0 in one of the biggest victories for the national team. Ngcongca is not among the scorers - Katlego Mphela (brace,) Reinelwe Letsholonyane, Surprise Moriri and Bernard Parker do the damage - but he puts in another trademark hard shift.

Ngcongca is on the bench in Bafana’s first two matches in the 2010 World Cup, a 1-1 draw against Mexico in the opening game of the tournament and a 3-0 defeat to Uruguay. But the third match against France is one to cherish the most as Bafana win 2-1 in the Free State. The only blemish is that the result is not enough to take Bafana to the second round and South Africa embarrassingly becomes the first World Cup host nation to fail to exit from the group stages.

This is Bafana’s first competitive match after the disappointment of the 2010 World Cup. They meet Niger in an Africa Cup of Nations qualifier at home, with Ngcongca providing an assist for Bernard Parker, who then scores the second goal after Katlego Mphela's opening strike. The man from Gugulethu plays the entire 90, proving that he has become a vital cog in a team that is now under coach Pitso Mosimane.

This is one match Ngcongca will have regretted the most. The setting is at the Mbombela Stadium in Mpumalanga where Bafana coach Mosimane and his players erroneously believe the 0-0 final score line against Sierra Leone is enough to take them to the 2012 Afcon. Ngcongca and his teammates dance on the pitch after the game thinking mistakenly believing they are on their way to Gabon and Equatorial Guinea, only to learn a few minutes later that the point is not going to be enough. The embarrassment is real for the whole team.

This is a historic victory for Bafana, beating the World Cup holders Spain courtesy of Katlego Mphela’s astonishing strike in an international friendly. Gordon Igesund, the Bafana coach at the time, awards Ngcongca the full 90 minutes, again underlying his immensely value to the team.

This is a 2015 Afcon qualifier and Shakes Mashaba has replaced Gordon Igesund as Bafana coach. Ngcongca is still going strong in the Bafana defence and plays 90 minutes in a 3-0 away victory that comes courtesy of a Sibusiso Vilakazi brace and a Bongani Ndulula’s strike. Bafana qualifies for the 2015 Afcon in Equatorial Guinea afterwards.

Having helped the team to qualify for Afcon 2015, losing 3-1 in the opening match to the Algerians comes as a disappointment to Ngcongca. Mashaba’s team never recover as they play a 1-1 draw against Senegal after this match before bowing out of the competition with a 2-1 defeat to Ghana. Ngcongca features in all the matches.

This is Ngcongca’s swansong game for Bafana and it is under coach Mashaba. He is replaced after 45 minutes but watches Hlompho Kekana score a wonder goal to give Bafana a 2-1 lead in the 50th minute. Ngcongca would have been disappointed that Bafana cannot hold onto their lead, allowing Nicolous N’Koulou to score an equalizer for the Cameroonians. Tokelo Rantie scored the opener for Bafana in the 17th minute.