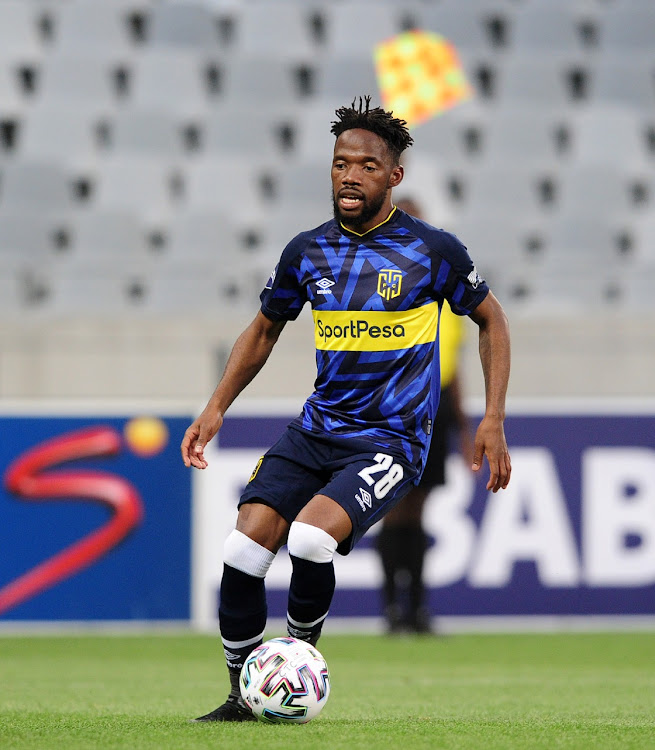 Before the season started Mdantsane  told himself that he wants to score at least 10 goals this season. But now the 25-year-old former Baroka skipper wants 15 goals, drawing motivation from the fact that he’s already scored three from three league games.

“I have my own personal goals. This season I want to score more goals and create more as well. My target was to score 10 at least, but after scoring three in three games I have realised that I can even get to 15,’’ Mdantsane told Sowetan yesterday.

“These goals I have scored already push me to dream bigger. I am now convinced that it’s possible to reach 15 goals this season. But I won’t put myself under pressure or be selfish…the team still comes first.’’

Last season Mdantsane joined City from Baroka midway through the campaign, ending up with 11 league appearances with no goals. At Bakgaga he’d played 11 league games as well and netted once.

“Starting the season with the rest of the team has prepared me well. Last season it was a bit hard for me because I joined later,’’ noted Mdantsane.

The lad from Leslie, near Secunda in Mpumalanga, has also set his sights on receiving a Bafana Bafana call-up. “Every player wants to play for the national team. It’s my dream as well to play for Bafana,’’ he said.

“I will stick to hard work, hoping I get a call-up in the near future. Sometimes in football you must be patient, so I will wait for my Bafana nod.’’

Mdantsane has no ambitions to win individual accolades, insisting he’s hungrier for collective glory. “I don’t focus on winning individual awards. Football is a team sport, so my aim is to help the team with cups as a unity,’’ said the City midfielder.

The Citizens’ next match is away to AmaZulu at Jonsson Kings Park Stadium on Saturday (8.15pm). “AmaZulu have been playing some good football. We expect a pound-for-pound affair,’’ said Mdantsane.

Stellenbosch new signing Phathutshedzo Nange feels it is just a matter of time before he gets back to his best form with the team.
Sport
1 year ago

Delron Buckley will have to hit the ground running at bottom club Maritzburg United after he was appointed as caretaker coach on Tuesday afternoon.
Sport
1 year ago
Next Article