Goalkeeper pledges to mend his ways 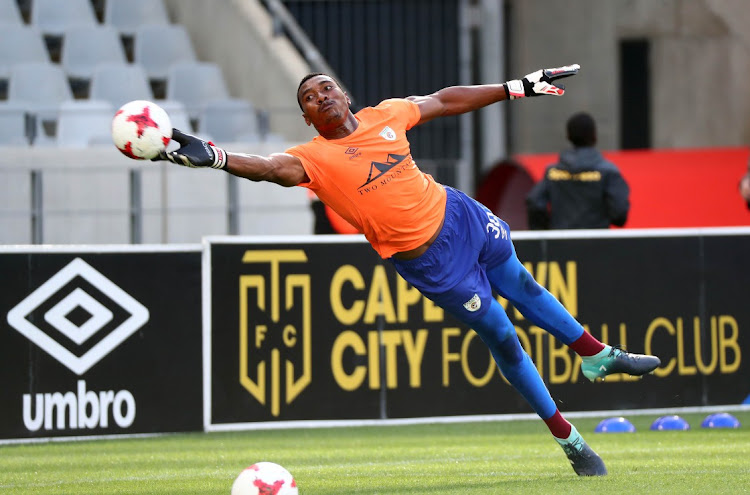 Oscarine Masuluke of Baroka FC is excited to reunite with his team.
Image: Chris Ricco/BackpagePix

Baroka goalkeeper Oscarine Masuluke has a point to prove. The lanky Giyani-born goalkeeper left the Limpopo-based giants under controversial circumstances two years ago. He was shown the door for alleged misconduct together with the then head coach Kgoloko Thobejane.

But chairman Khurishi Mphahlele forgave him for his transgression and called him to rejoin the team. The 27-year-old goalie is happy to be back at the club.

He played his first game in his second spell in the Limpopo derby against Tshakhuma Tsha Mazivhandila at the Thoyondou Stadium last weekend.

Despite losing the derby 0-1 against the new kids on the block, Masuluke said he was delighted to play for his beloved club again.

“I am back and I have a point to prove. I left under a dark cloud and turned into a laughing stock of South African football. My name got tarnished and it broke my heart to leave a club that I helped to get promoted under mysterious circumstances. But the chairman rescued me and invited me to come back. I won’t make stupid mistakes again and want to focus on my football,” Masuluke told Sowetan yesterday.

Black Leopards coach Dylan Kerr says he doesn’t walk around with his head held high knowing that he directly contributed to the dismissals of ...
Sport
4 months ago

He said he would embrace his second chance and fight for his place in the starting line-up. He competes with Zimbabwean goalkeeper Elvis Chipezeze for the number one jersey. Four years ago the Nwa’mankena-born goalie scored a bicycle kick against Orlando Pirates in a 1-1 draw at the Peter Mokaba Stadium.

His goal got nominated for the Fifa Puskas award. On Saturday, Baroka visit Pirates in the DStv Premiership at the Orlando Stadium (3.30pm). He said he would not forget his historic overhead kick deep in stoppage time in 2016.

“Pirates are my favourite opponents. I always look forward to playing against them because of that goal. I would love to score another one against them. I still remember every detail of the goal that I scored against them four years ago. I will tell my grandchildren about it after I hang up my gloves,” he said.

Masuluke said his team would end Pirates’ unbeaten record in the league this weekend. “There is no way Baroka will lose two games in a row. We will beat them in Soweto,” he warned.

Linda 'Figo' Mntambo is proving to be a critical impact player for Orlando Pirates this season and the utility midfielder’s commitment to the cause ...
Sport
4 months ago

Baroka hope to dust themselves off with Pirates scalp

Having suffered their first defeat in the DStv Premiership at the weekend, Baroka coach Thoka Matsimela is demanding improvement from his players ...
Sport
4 months ago
Next Article