Maritzburg after sacking Tinkler: 'The results have not been forthcoming' 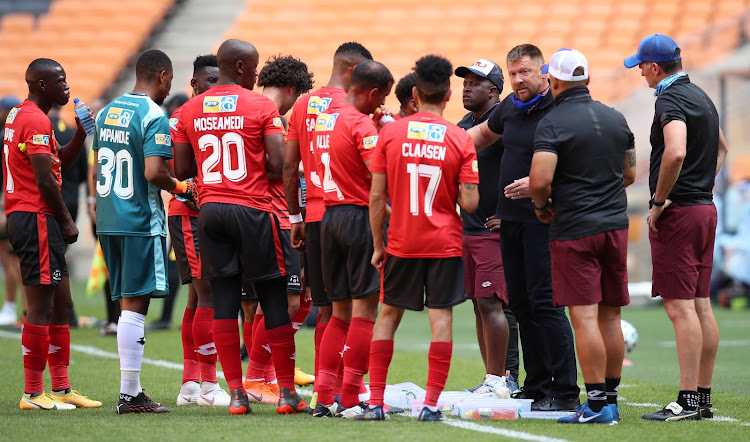 The club confirmed that they had parted ways with the coach after a run of poor results.

Chairman Farook Kadodia said in a statement the board was forced to take the decision after Tinkler failed to stem the tide.

“It has been an extremely disappointing start to the season and the results have not been forthcoming.

"The board therefore took the decision to terminate the contract of the coach. We would like to wish him all the best in his future endeavours‚” Kadodia said.

When contacted by TimesLIVE earlier in the day‚ the Maritzburg boss was in a terse mood and issued a matching response.

“The club will be issuing a statement‚ so please follow the club website. I’m not confirming nor denying anything with regards to the head coach.

"The club will have the privilege of making one announcement with regards to the direction the club is taking‚” Kadodia said.

Black Leopards were the first club this season to sack a coach after they parted ways with Belgian Patrick Aussems‚ who had been introduced with much fanfare in a press conference at the Southern Sun Hyde Park on October 21.

Maritzburg made a terrible start to the 2020/21 season‚ losing four consecutive games.

While the losses could have been seen as palatable‚ Saturday’s 1-0 defeat to fellow strugglers Leopards‚ who like Maritzburg two seasons ago used the promotion/relegation play-offs to stay alive‚ was the last straw.

Before Saturday’s loss‚ there were defeats to Baroka FC‚ Cape Town City‚ Chippa United and Kaizer Chiefs in the MTN8.

The “Team of Choice”‚ who finished seventh last season‚ didn’t record a win in 11 games‚ with their last victory coming way back in March‚ prior to the coronavirus pandemic.

They failed to win a match in the bio-bubble in August and September – losing three and drawing three of their six matches.

It’s not the first time Maritzburg have struggled after a top eight finish.

In the 2014/15 season‚ they finished eighth but in the following season propped up the table for long stretches until a dramatic last day 3-1 away win against Jomo Cosmos saved their status.

They were seventh in the 2016/17 season and went up three places in the following campaign before the 15th-place finish in the 2018/19 season saw them entangled in the promotion relegation play-off.

It was Tinkler who masterminded a clean escape and that momentum carried them throughout the 2019/20 season.